The mountain rescue team spent nearly five hours rescuing St Bernard dog Daisy, who had collapsed displaying signs of pain in her rear legs and was refusing to move, while descending Scafell Pike. 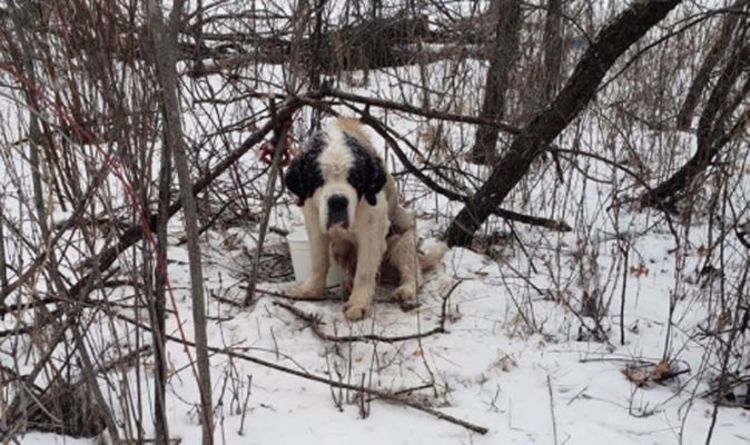 Old Lady the St Bernard trapped in woods for 17 days (Image: Ruff Start Rescue/Facebook) Old Lady has already endured the torment of spending much of her life on a puppy breeding farm but fortitude and strong will has seen her survive this greatest challenge.

Yesterday the British public acknowledged a two minute silence for those who fought in the First World War. But often many forget the thousands of animals who also lost their lives during conflict – including one very brave dog, Bamse, who served in the Second World War. The St Bernard belonged to the captain of the Norwegian fighting ship Thorod, which escaped to the UK after the occupation of Norway in 1940.

You might want to keep your ice cream cone wayyyy out of reach from this gal: a Saint Bernard named Mochi has been given the title of Longest Tongue on a Dog by the Guinness World Records.