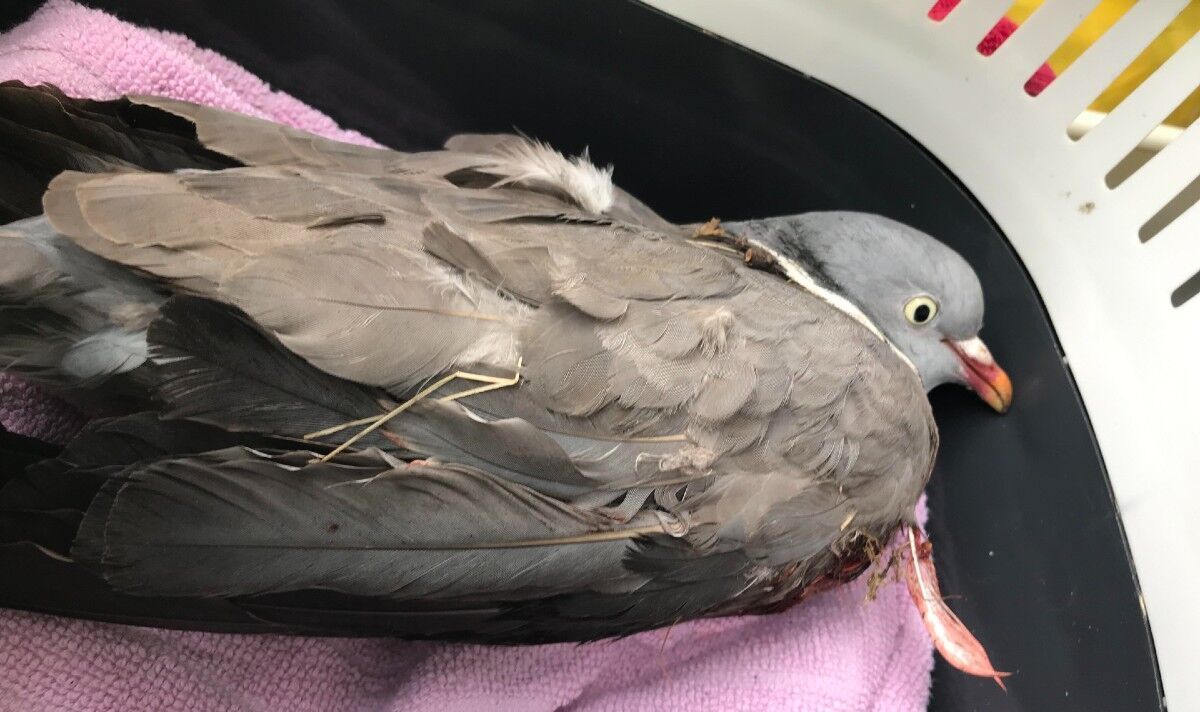 A passer-by witnessed the attack as he was walking along Sandpiper Close in Walthamstow, east London, at about 11.30am on Sunday, June 5.He saw the teenager on a silver scooter attack the bird, stayed with the injured pigeon and reported it to the RSPCA.Animal Rescue Officers (AROs) arrived at the scene shortly afterwards and could see the terrified bird hiding behind a fence near the tree with a badly broken wing.

Hector was tied up outside the RSPCA Leeds, Wakefield and District Branch Animal Centre in East Ardsley, Leeds, on August 1, with CCTV footage showing a black Mercedes with foreign number plates pulling up and leaving him behind.

In response, a spokesman for the East Sussex and Romney Marsh Hunt has said there is no evidence to suggest the fox was alive when it was found, before slamming the saboteurs for blowing horns to distract the dogs.