Boo the Pomeranian, said to be the world’s “cutest dog” passed away on Saturday morning, one year after his best friend Buddy passed away. Boo’s owner Irene Ahn believes the cute pooch died after being unable to recover from the sadness of losing his dog companion and died of a broken heart. Boo became friends with Buddy when the thoroughbred joined him and Irene at home – and became inseparable in their canine adventures.

The news of Boo’s passing was broken to his 17.5million fans on social media, prompting widespread tributes to the adorable canine.

A post made to his 541,000 Instagram followers early on Saturday morning read: "Shortly after Buddy died, Boo showed signs of heart issues.

"We think his heart literally broke when Buddy left us.

“He hung on and gave us over a year.

Boo the Pomeranian: The fluffy canine 'died of a broken heart' (Image: FACEBOOK)

"But it looks like it was his time, and I’m sure it was a most joyous moment for them when they saw each other in heaven.

"Boo brought joy to people all over the world.

"Boo is the happiest dog I’ve ever met. He was so easy going that we never had to bother with training.

"He made the manliest of men squeal with delight over his cuteness and made everyone laugh with his quirky, tail wagging personality.

"Over the years Boo met some super cool people, a lot of crazy talented people, but most of all so many kind people." 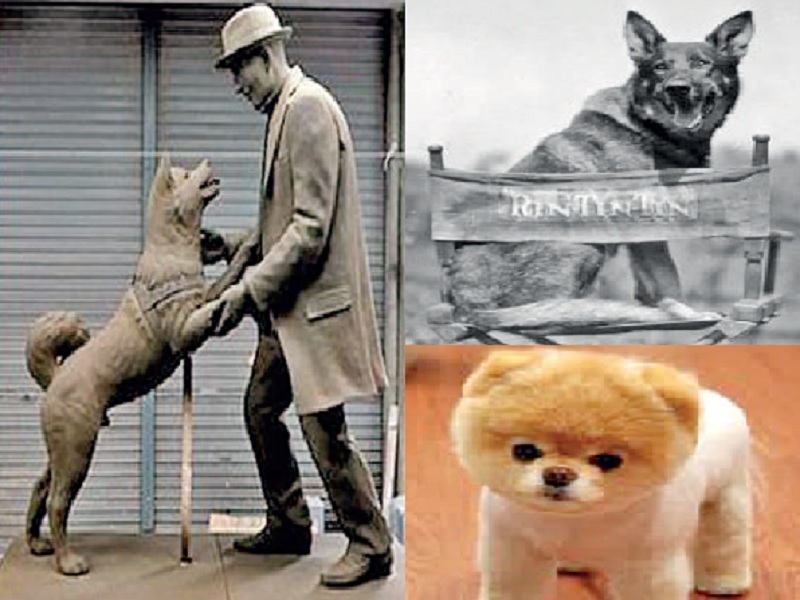 Famous dogs of all times!

“Boo: The Life of the World's Cutest Dog” was published in ten languages and was followed up with “Boo: Little Dog in the Big City”.

The family’s statement continued: "Our family is heartbroken, but we find comfort knowing that he is no longer in any pain or discomfort.

Boo and Buddy were inseparable and shared their canine adventure together (Image: FACEBOOK)

"We know that Buddy was the first to greet him on the other side of that rainbow bridge, and this is likely the most excited either of them have been in a long time.

"Boo, we love you with all our hearts and will miss you until the day we meet again. Have fun running around with Buddy and creating adorable mischief wherever you guys go.

"Thank you to all of you for following along on their silly adventures over the past 10 years. They sure had a LOT of fun."

Adobe Animal Hospital and Sage Veterinary Centers looked after both Boo and Buddy in their final days.

Boo passed away aged 12, leaving millions of joyful fans heartbroken in the process.