It’s been said that old age is the most unexpected of all the things that can happen to a person. But is it even more unexpected when it happens to a pig, or a horse, or a sheep, or a turkey?

Isa Leshko has given a lot of thought to that question. A few years back, the fine-art photographer was in the crucible, caring for a mother with Alzheimer’s disease and realizing that the woman she always knew as Mom was gone. Leshko couldn’t bring herself to photograph her mother in such a state of decline and vulnerability — but, almost irresistibly, she became fascinated by aging animals and began photographing them instead.

What began as a therapeutic pastime blossomed into a full-fledged photography project, which in turn has been transformed into a new book called “Allowed to Grow Old.” Though the issues they raise are heavy, Leshko’s photographs of elderly animals are touching and beautiful.

“I am terrified of growing older,” Leshko, 48, of Salem, Massachusetts, told TODAY . “Taking care of my mother solidified this fear. ... I’m photographing elderly animals as a means of confronting my fear of aging, and I’m immersing myself in that fear in order to dilute its power over me.”

Leshko has learned something on her photographic journey: While it’s relatively common to see pet dogs and cats live to a ripe old age, it’s highly unusual to encounter an elderly farm animal or a geriatric wild animal. To find photo subjects, she’s traveled around the country to animal sanctuaries — havens for aging wolves, geese, monkeys, roosters and more.

She keeps her gear to a minimum (goats, in particular, enjoy rooting around camera bags), and she spends hours with animals on multiple visits so they grow accustomed to her. Sometimes she’ll just lie on the ground near the animals for hours without taking a single shot.

Animal products may be ubiquitous, but farm animals themselves are fairly invisible, and I’m hoping people who read the book might stop to consider these animals’ lives and recognise that they’re individuals, not commodities; that they are sentient, and have unique personalities and emotions.” Pinterest Abe, a 21-year-old Alpine goat, was given to a sanctuary after his guardian entered an assisted living facility.

Fine-art photographer Isa Leshko captures images of older animals to explore her own feelings about aging and mortality.

That’s what makes the photos so special — and so arresting. When seeing a 33-year-old horse or a 28-year-old goose depicted in a dignified yet unflinching way, it’s difficult not to dwell on the inevitabilities humans and animals share.

And, regardless of where a person falls on the meat-eating vs. vegetarian spectrum, it’s also hard to avoid thinking about an animal’s ability to experience pain and fear, as well as pleasure and contentment .

Consider the tale of Teresa, a 13-year-old Yorkshire pig photographed by Leshko. When she was 6 months old, Teresa and other unnaturally overweight pigs were loaded onto a three-tier truck bound for a slaughterhouse. The driver opted to stop, drink and rest in Washington, D.C., and he left the truck parked on a downtown street. People heard loud squeals coming from the truck and called to report it — and, ultimately, the truck and the animals were confiscated. 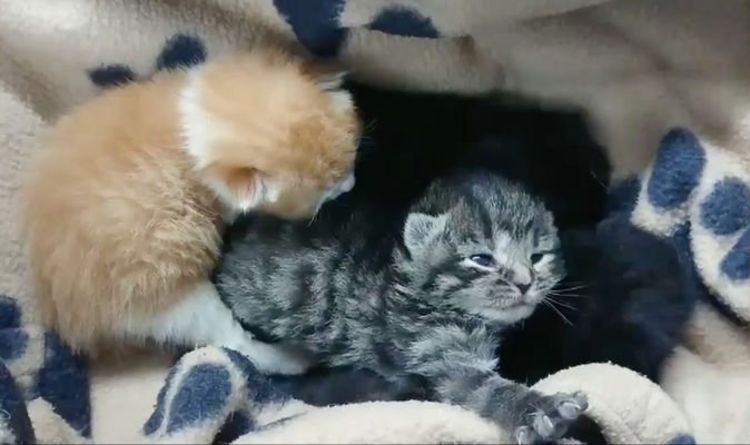 When found, the pigs were dehydrated, filthy and extremely stressed, and they could barely walk because of their size and swollen joints. Some died from their conditions — but Teresa, for one, got sent to the Farm Sanctuary in Watkins Glen, New York, where Leshko found her more than a decade later.

On the day of Teresa’s photo shoot, the pig was resting on some hay and making soft little grunts as she basked in the sun. Her unabashed contentment deeply affected Leshko.

“This animal was still able to find moments of happiness in her life after what she had experienced,” Leshko said. “It still chokes me up when I think about it.”

Leshko has not completely banished her fears of aging. She happens to look very much like her mother, so quick glances in the mirror can give her an eerie sense of time travel.

Leshko’s mother died from the effects of Alzheimer’s disease in 2013. Her maternal grandmother also had dementia when she was older.

“I’m terrified of developing it too,” Leshko said. “Whenever I lose my keys or forget an appointment — or forget anything — I get nervous.” What, when and why to feed your pet

Despite that, she’s encouraged by the aging animals she’s encountered. She loves it when an animal stares down her camera with defiance and self-assurance, and she noted that every animal she’s photographed is a testament to a powerful desire to live. Even the ones with serious physical limitations and harrowing backgrounds, like Teresa, still manage to find joy and pleasure in life.

Though she didn’t intend for it to happen at the project’s outset, Leshko has become passionate about encouraging people to adopt elderly dogs, cats and other companion animals .

“These animals generally do not fare well in shelters because people prefer to adopt kittens and puppies,” she said. “Yet, older animals can be wonderful companions and there are numerous advantages to adopting a mature animal .”

Old dogs get a second chance at life from inspiring couple

Leshko knows her desire to generate greater empathy for elderly animals — and to explore aging overall — might be a hard sell in a culture obsessed with youth. But she’s glad to be photographing older animals anyway.

“Spending time with elderly farm animals has reminded me that old age is a luxury, not a curse,” Leshko writes in her “Allowed to Grow Old” book. “I will never stop being afraid of what the future has in store for me. But I want to face my eventual decline with the same stoicism and grace that the animals in these photographs have shown.”

You can see more of Isa Leshko’s images and learn about her “Allowed to Grow Old” book, published by University of Chicago Press, on her website. You also can visit exhibitions of Leshko’s photography in Albuquerque, New Mexico until June 7, in New York City from Oct. 3 to Nov. 16, and in Winchester, Massachusetts from Oct. 24 to Dec. 6.

This story was originally published on TODAY.com on March 7, 2012. It has been updated.