Four things you need to know about dogs

Dog destroying things? This is what they’re trying to say Ashley Benson shares how her dogs help her with anxiety (and FaceTimes them!)

The anxiety industry is having one hell of a moment. Barnes & Noble recently announced that US sales of books related to anxiety are up more than 25% from a year ago, leading the retailer to hypothesise that “[Americans] may be living in an anxious nation”. Ya think?

It’s not just anti-anxiety books flying off the shelves. There has also been a substantial increase in demand for depression and anxiety medications in recent years – on both sides of the Atlantic. According to Zion Market Research, the “general anxiety disorder market” is undergoing rapid growth and is expected to generate revenue of $3.7bn by the end of 2020 in the US. Meanwhile, the UK has become the world’s second-largest market, after the US, of illegal online sales of the anti-anxiety medication Xanax.

We can blame some of our current angst on the tempestuous US president. “Trump anxiety disorder” is not an official disease, but therapists have started using the term. The clinical psychologist Jennifer Panning coined the phrase in a 2017 essay and the CBC, Canada’s public broadcasting company, recently ran a piece on the phenomenon, describing how American mental-health professionals are reporting “unusually high levels of politics-related stress in their practices.” Nicely trolled, Canada. Nicely trolled. Meanwhile, to throw a little personal anecdata into the mix, my New York doctor told me he saw a spike in patients asking for sleeping pills after Trump was elected.

Now, I’m sorry to say this, but we can’t blame Trump for everything that’s wrong in the world – or in our psyches. We are in the grip of an anxiety epidemic that predates his presidency. Indeed, we have become so collectively consternated that a 2016 analysis led by the World Health Organisation estimated that, without more treatment, 12bn working days will be lost because of anxiety each year. The study estimated the cost to the global economy up to 2030 at $925bn.

It is jarring that the study framed anxiety as a threat to global productivity, because the imperative to be constantly productive is one of the things that makes me acutely anxious. In a capitalist economy, we are prompted to measure our self-worth by our output. We are constantly told that there is nothing better than being busy; success means getting up at 5am, punishing ourselves at the gym and then producing, producing, producing. I have frequent anxiety attacks where I feel as if I’m not doing enough, achieving enough, earning enough, etc. I have to constantly remind myself that it is important to take time out. In a world which urges constant activity, it’s important to do nothing occasionally.

The big lie that the burgeoning anxiety industry sells is that we all, individually, have the power to fix our problems. That if we buy the right book or take the right pills we will be able to quiet our worries and feel better. It is certainly true that the right books and the right pills can help. But there isn’t enough acknowledgment that the reason we have entered an “age of anxiety” is structural. It would be bizarre if most of us, particularly millennials, weren’t anxious: inequality is skyrocketing, the job market is becoming more precarious and house prices are increasingly out of reach. Add in political instability and there is a lot to worry about. The one thing you shouldn’t worry about, however, is that you are the only one feeling anxious.

Straw-signalling: green is the new black 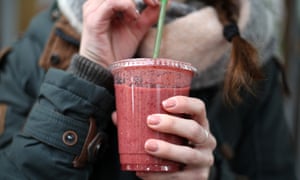 Using a plastic straw these days is basically akin to walking around with a sign saying: “I love stabbing baby turtles in the nostril.” In today’s anti-straw environment, there is no faster way to demonstrate that you are the sea life-murdering spawn of Satan than sipping your artisanal iced coffee with a single-use piece of plastic.

Listen, I know very well that they are evil and unrecyclable, but the inconvenient truth is that plastics straws are great. Sure, they may kill innocent sea turtles, but they don’t turn to mush in your mouth like their paper equivalents, which are an abomination. And please don’t tell me I should just drink with my mouth; that’s disgusting.

At the risk of sounding like one of those unhinged rightwingers who has developed a bizarre passion for straws in an attempt to “own the libs”, I feel compelled to announce that I find this witch-hunt against straws incredibly irritating. One of my main bugbears is the way it has become a smug form of virtue-signaling. Shunning plastic straws is 2018’s answer to the reusable water bottle, which has become something of a status symbol among young people. There is nothing wrong with showing that you care about the environment, of course – that should be applauded. It’s just that the amount of attention the anti-straw movement has garnered seems disproportionate; they are literally a drop in our plastic-filled oceans. Further, getting rid of straws is a convenient way for polluting companies to make themselves look good without really changing or jeopardising their bottom line.

But it’s too late for straw-truthers like me. The tide has turned. The anti-straw industrial complex will not be stopped. The only thing one can really do now is suck it up. 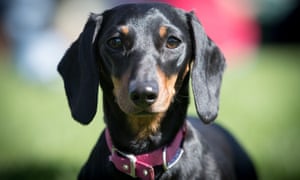 Dogs should not be named ‘Alan’. Photograph: Matt Cardy/Getty Images

I recently met a sweet little dachshund in the park. “What’s he called?” I asked the attendant human. “Alan,” the owner said blithely. “Oh, how nice!” I replied.

Obviously, I didn’t mean that. It should be illegal to call your dachshund Alan. Not that I have anything against Alans; it’s a perfectly good name for a retired footballer. It just isn’t suitable for a cute canine. Dogs should have sensible names such as Rascal and Spot. Ever since my Alan encounter, though, I seem to keep meeting dogs with human names and I’m finding it very unsettling. Call it my pet peeve.