Americans Will Spend $815 Million on Pets for Valentine's Day 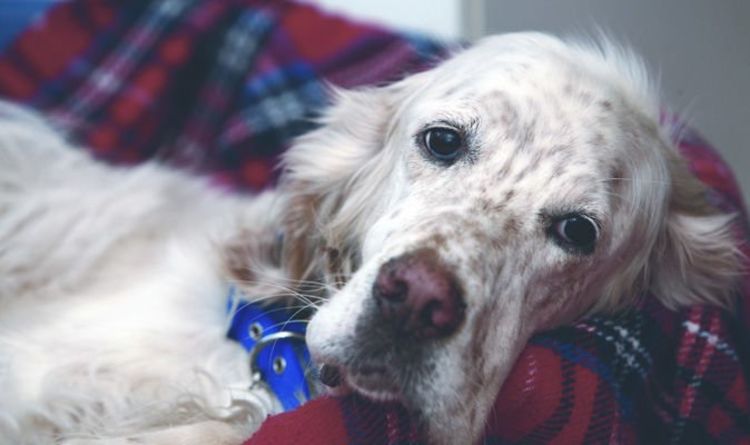 These heart-warming scenes show the popular television presenter being reunited with his beloved poodle Scratchy at the vets. More than 170,000 fans have watched the 30-second clip as the elderly pet scampers into Chris's arms after undergoing a cataract operation. A massive smile breaks out on the Springwatch star’s face as Scratchy excitedly wags his tail and smothers his delighted owner with lots of licks.

It bewilders me to see that if dog lovers can shower love and affection on their pedigree pets, then why not on us? It’s been an year since he has gone but I’m still hoping some day Rico will come back to me.

The clip was posted by Chris on his Twitter feed with its 290,000 followers along with the message: “Brand New Poodle! Aged 15 3/4 my beloved Scratchy has had a successful cataract operation at @Optivet. He can see again and is so happy. Best day of my life!”

Immediately, the clip generated a massive outpouring of joy from social media followers as the scene was 'loved" by 17,000 people in the first few hours.

Among the hundreds of comments was one from a fan who admitted: “Ooh! Made me cry. Lovely, lovely video. Well done little Scratch.”

Another declared: “I love this! Scratchy is such a happy boy to be able to see again – and to be reunited with you.”

A third fan added: “What a grand age Scratchy is – he's thriving on so much love, care and devotion! Go Scratchy Go! And where would be without the special vets who help us care for our pets?”

The operation was carried out by veterinary experts at Optivet Referrals in Havant, Hampshire, close to where the presenter lives in the New Forest with his aged black poodle and the frozen remains of brother Itchy who died two years ago.

Poodles Itchy and Scratchy are named after characters from the popular Simpsons cartoon series and Chris has spoken openly about his plans to one day be cremated and mixed with their remains and scattered in the woods surrounding his home.

Only last week Scratchy appeared live on his master’s lap during the live television broadcast of Winterwatch and the remarkable bond he has with the poodle is something he has spoken about at length, even explaining how it sits with his relationship with long-term partner Charlotte Corney.

He once told the Radio Times: “Scratchy is the most important creature in my life. He’s dependent on me; Charlotte isn’t. I’ve always had a problem with needing to be loved by other people.

“My love for Scratchy and Charlotte is different, but of equal gravity, and that gravity is the problem. Humans find it crushing. Animals benefit because my devotion is profound. Also, humans consistently fail one another, whereas Scratchy never, ever fails me.”

Chris describes his poodle as the most important creature in his life (Image: Twitter)

While Scratchy has reached a remarkable age – the equivalent of more than 100 human years – Itchy’s remains are kept in cold storage in a barn alongside the cottage, with plans that all three are one-day cremated.

Chris explains: “After I die I’ll also be cremated, and we’ll all be mixed together and chucked out in the woods. Then the three of us can become something joyous in the place we’ve loved so greatly.”

As one of the nation's best known dog owners, Chris has been a great supporter of animal charities as well as being a campaigning conservationist.

He was recently recognised for his work with a CBE in the New Year's Honours.