The Most Determined Kitten

Blind Cat Has Been Raising Her Kittens On Her Own 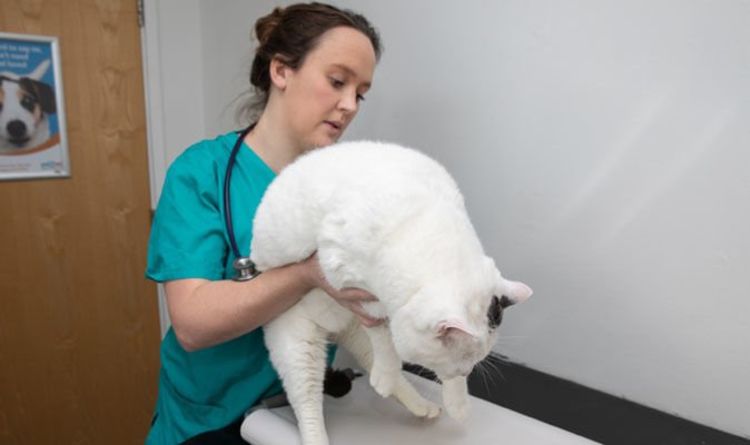 A New Jersey pizzeria is being praised for initiating a novel idea to help reconnect lost pets with their owners.John Sanfratello of Matawan, New Jersey, was surfing Facebook earlier this month when he came across a photo of a local cat that had gone missing but looked identical to his own cat. Since his cat had also recently gone missing — but was thankfully returned — Sanfratello decided that he really wanted to help out. So he came up with the idea to tape flyers on pizza boxes heading out for delivery from his restaurant, Angelo's Pizza."I said, you know what? This will be this generation’s milk carton," Sanfratello told TODAY Food . "We used to post missing persons and missing children on milk cartons — why can’t we put a flyer for missing pets on pizzas?"

Emaciated cat dumped like rubbish (Image: RSPCA) The young ginger cat was so skinny that almost every bone could be seen protruding from his body.

Sanfratello and his employees have only been posting flyers on boxes for a week, but the idea is already spreading to other shops and being widely praised on social media.

After posting an invitation on Facebook for locals to drop off flyers with their own missing pets to be put on pizza boxes, he woke up the next morning to dozens of messages, texts and phone calls.

"I’m going to drive all the way to Matawan to eat just because of this post and my husband owns a pizzeria," said one commenter.

Added another, "I love this! I don't live anywhere near you but if I'm in the area I will only get pizza from you!"

Sanfratello, whose restaurant has been open for 45 years, told TODAY that he's had calls from as far away as Australia about the gesture.

When asked why he thinks the idea has become such a hit, Sanfratello said, "I guess because pet owners really love their pets. Pets are family members."

Now, other pizzerias and restaurants are also jumping on the bandwagon after being inspired by Sanfratello's idea. And many of them are also family businesses.

Wine for your cat: Pinot Meow is non-alcoholic but contains catnip

Little Cupcake Bakeshop, a bakery and cafe with locations in Manhattan and Brooklyn, is now offering to attach flyers featuring lost pets to boxes with its cakes, cupcakes and other treats."We're big pet people, and we thought it's a great idea for the community," Little Cupcake Bakeshop owner Salvatore Lobuglio (who is Sanfratello's cousin), told TODAY.Sanfratello's sisters, who each own a La Forchetta Ristorante location in Stuart, Florida, are also offering the service for delivery orders.Sanfratello added that Abruzzi Italian Market in Mt. Laurel, New Jersey, has pledged to help a woman who reached out to Angelo's looking for help to find her pet. Since she's out of Angelo's delivery area, the market stepped in.

Despite Angelo's efforts, no missing pets have been found yet, but the team is hopeful that their gesture will pay off.

Among the missing pets? A cat and a seeing eye dog. Sanfratello, who coached a baseball team for blind and visually impaired players, feels a special connection to that situation, as he had several team members who owned seeing eye dogs and knows how much they help people.

Said Sanfratello about his new project, "The only regret I have is that I haven’t done it sooner."

Experts have some smart tips to keep your pets safe during Fourth of July fireworks.“Shelter numbers increase for cats and dogs during summer months in general,” Weiss said.