If you have a dog who hates being alone, a podcast for pooches could be the answer

Half of Brits worried about leaving pets now offices are reopening, says study 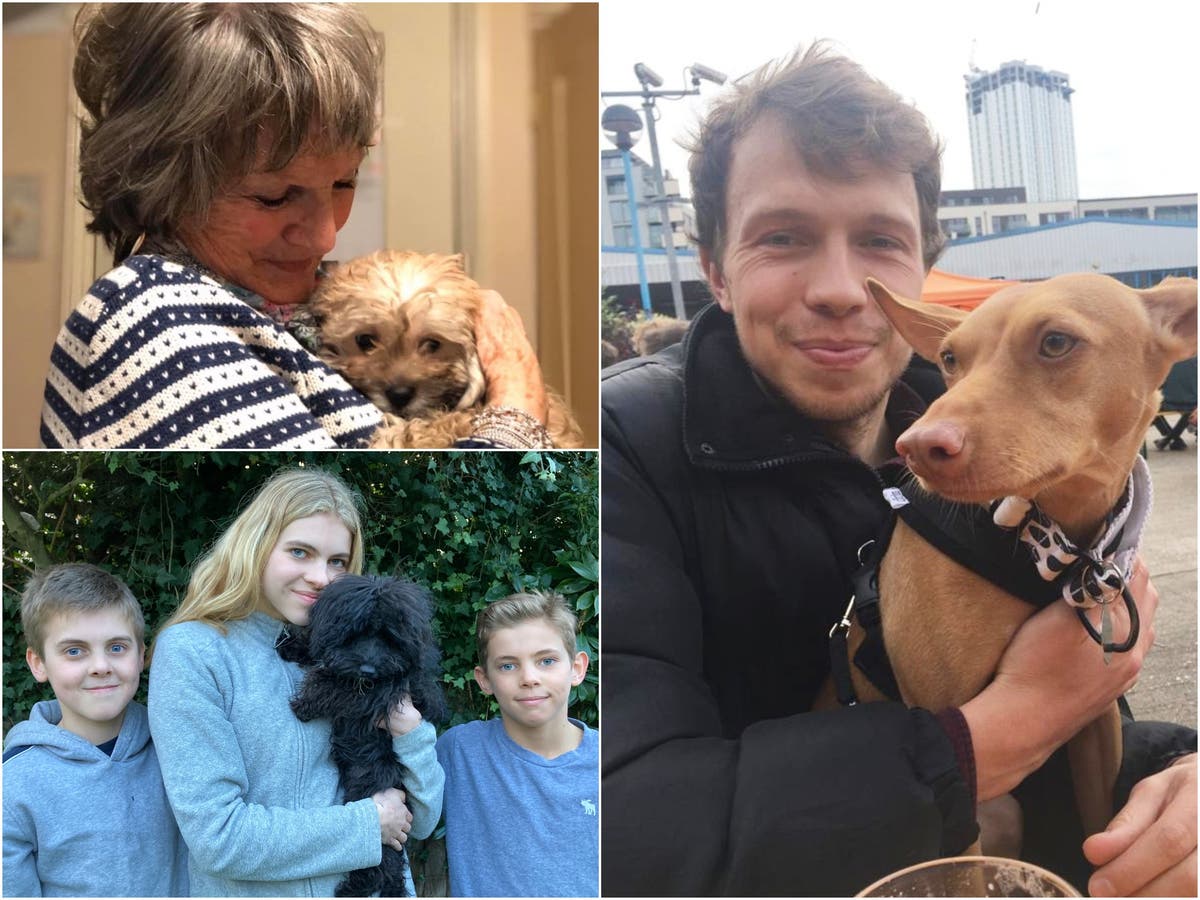 Pandemic pets: What people have learned from the past year

“Dogs are just like ‘play, eat, sleep’ – they bring me back into the moment. I think we can all learn something from that,” says Carole Henderson, who has been taking her “furry backup” to the office for the last few months.They are not so good at making the tea and things get a bit rowdy when the delivery man comes round, but Henderson’s labradors Barney and Rusty, and labradoodle Lily, have been her sidekicks for the last decade. As well as being excellent foot-warmers, they have helped her emotionally with getting through solo months in the office.

After the latest lockdown left her with no choice but to part-time furlough the rest of her team, including her husband, the empty office felt like a cavern. “I felt a bit sorry for myself and thought: ‘I’m taking the dogs with me, because at least then I can have a doggy cuddle when things aren’t going to plan,’” she says.

As a teacher of grief recovery method, Henderson’s work has felt more important than ever, particularly with reaching out to those grieving in isolation, and without her colleagues there in-person, her dogs have provided immense emotional support. “Things do get to me. I’m human, doing this work. Someone will tell me a really sad story and there’s nothing better than getting a cuddle from one of my dogs,” she says. “Stroking a lovely bit of fur brings you right back down, then I’m ready to help the next person.”

Taking her French bulldog Archie into the office has also helped Kat Bailey cope mentally with lockdown by giving her a much-needed daily routine. Last year she found herself pottering while trying to run her PR company from home. “My mental health went down the pan because I’d end up guilt-tripping myself as I’d wasted loads of the day, so working from home was really not good for me,” says Bailey, from Brighton. When the office reopened, she was back in like a shot.With her wife on furlough and studying online, they agreed it was best for Archie to go with Bailey to the office “because at home he just sits on laptops”, she jokes. Archie is a soothing and settling presence in her working day, spending most of his time sprawled out on his pink fluffy bed by her desk. Taking him for walks in the park or along the beach gives them both structure and exercise, and the office also gives him the opportunity to socialise with people and other dogs in the building.

Dog gone: how to handle your pet's post-Covid separation anxiety

They have started to rely on the extra attention (including all those new puppies that expect us to be around all the time), but with more people returning to the office or going on holidays dogs are going to feel the absence more than ever, creating an anxiety pandemic among our dogs that we may not be prepared for.

Archie is a great conversation starter, says Bailey, who sometimes gets social anxiety. A rescue they got at nine months old, Archie is an office favourite, she says, and is especially enamoured with men with beards. “I’m not sure why, perhaps someone with a beard was kind to him in his previous life.”Spending so much time together during lockdown was a motivating factor for Amy Ferris taking her three lively pooches, Red Rock, Venom and Athena, in with her. “Being with them 24/7 in lockdown, the dogs had got so attached to us being around all the time,” she says. Coming home to emptied bins and shredded sofas made it clear the dogs were anxious being left alone, which felt unfair on them. “Leaving the dog at home for five hours is a whole day in dog years,” she adds.

Ferris, who runs a recruitment company, had to furlough her colleague when England went back into lockdown in November, and says the office felt really lonely without her. With business picking up again the dogs have also proved a hit with clients whenever they’ve jumped on Zoom calls, she says. “I feel really blessed. They’re so happy all the time, you can’t be moody when you’ve got a beautiful dog looking up at you.”“They’re distractions in a good way,” says Paris Collingbourne, who runs a PR agency in Newport. She struggled with working from her boyfriend’s bedroom, so went back to the office after Christmas when the Welsh lockdown rules loosened. The office felt quite lonely, so taking her Maltese Lola and shih-tzu Ruby “made up for the lack of human interaction” and breaks up her screen time.

“For those working from home on a longer-term basis, it’s especially important for a dog to learn to relax, lie down and have time on their own when you’re busy on phone calls or video meetings.”.

“It’s the companionship, I’m so happy the dogs are here,” Collingbourne says. Her brother, Rory, who runs a car sales business on the family estate next door also has his two labradors, Rufus and Bentley, helping out around his showroom and making it feel a lot less lonely while the team socially distances.

His boys love going with him on all his long journeys delivering cars across the country, he says. “They go wherever I go, that bond is strong. It helps you get through the day. A bad day becomes a good day with a dog.”