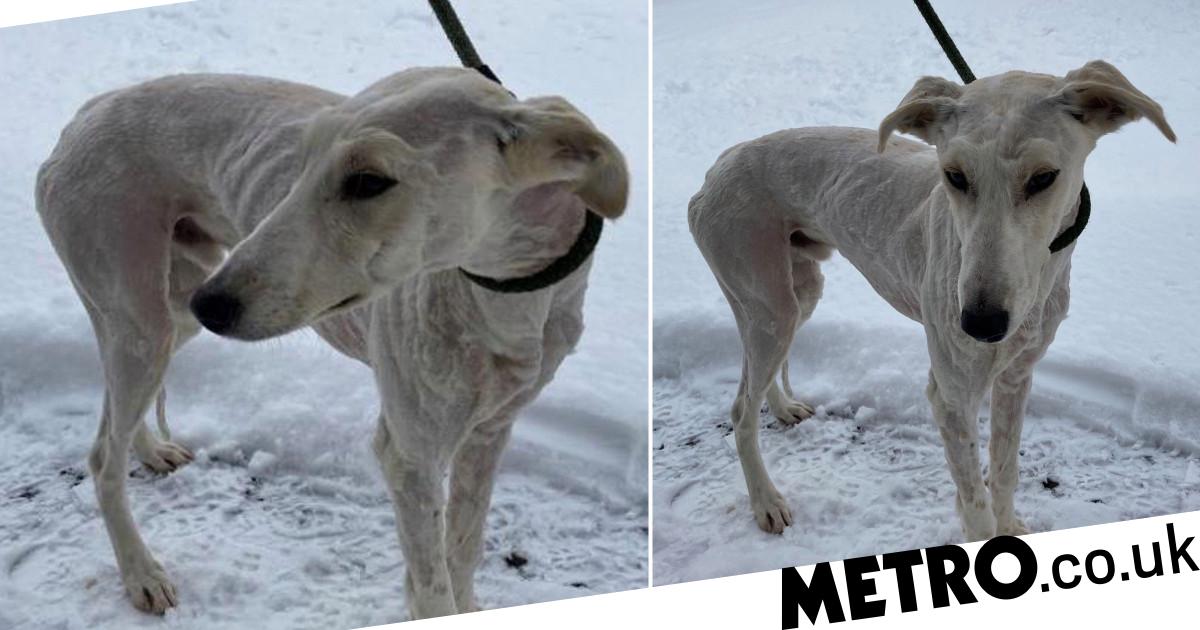 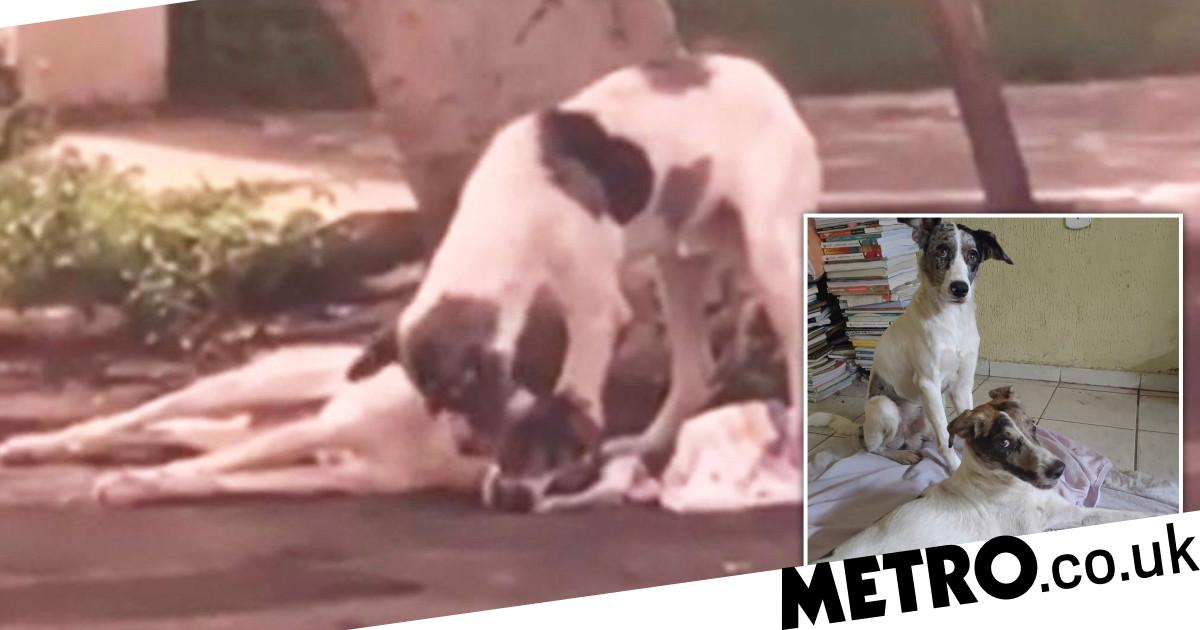 Heartbreaking pictures reveal the plight of an abandoned dog found so severely malnourished he could barely stand or walk.

The poor animal was discovered by a member of the public on Monday night in Summerfield Park, Edgbaston, Birmingham .

It is feared the emaciated dog, believed to be a mastiff, was dumped after being neglected.

He was so underweight his ribs were visible through his skin.

The RSPCA are investigating and have appealed for information from anyone who may know the owner of the dog, as it was not microchipped.

The dog is now receiving emergency treatment at the vets.

RSCPA inspector Vikki Taylor said: ‘It is so sad to see how emaciated and weak this dog is and it appears he has probably been left laying down on a hard surface – maybe in a garden or kennel – for long periods of time which has caused pressure wounds.

‘These have become infected probably because he has been left lying in his own faeces and urine.

‘He just doesn’t seem used to walking at all – it is so sad.’

It is feared the dog may have underlying health issues.

‘But he is a lovely friendly dog in spite of what he has clearly been through,’ she added.

‘I believe his owner deliberately decided to dump him and left him in such a weak and neglected state in the park at night.

‘I am grateful to the person who found him and alerted us.

‘I am now keen to find the person responsible for this and hope someone may be able to tell me who owned the dog.

‘I would also like to hear from anyone who may have seen something suspicious in this area around the time the dog was dumped.’

One dog made a miraculous recovery after being set on fire and beaten so badly he lost an eye.

Bruce the bull-lurcher was rushed to the vets – where one member of staff fell in love with him and decided to adopt him permanently in March last year.