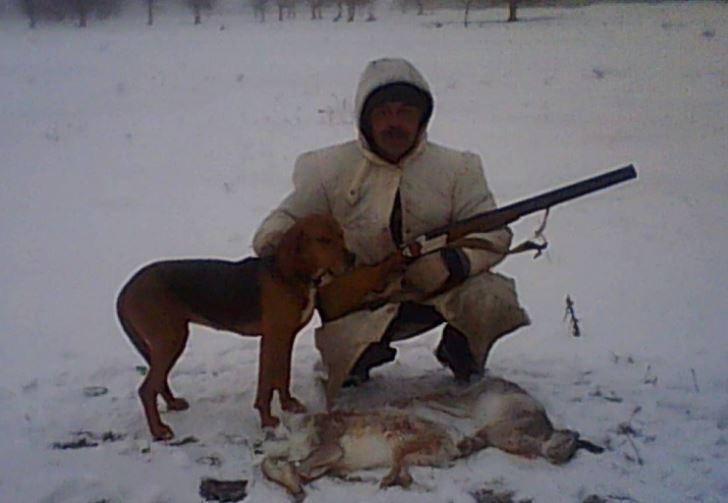 Police are on the hunt for a man who killed a months-old puppy by hurling it over the fence of an animal rescue centre.

The baby Fox Terrier Cross became impaled on one of the spikes on top of the entrance gate to Asproan, near Santander in Spain.

Rescue centre staff later found the poor animal dead in a pool of blood caused by the wound.

CCTV footage from the San Roman de la Llanilla centre has now been released in hope that someone will come forward with information.

‘We want to ask for your help in publicising this video so we can track down the savage who did this to a poor little puppy,’ a spokesman for Asproan Santander said in a statement.

Nazi guard, 95, is finally deported from the US to Germany after 15-year legal battle

‘In the images you can see how he throws him over the fence and the animal ends up impaled on one of the spikes before the man hurls him into the air again.

‘The end result was that we found this puppy aged between six and eight months dead in a pool of blood with a gaping hole in its stomach.

‘We need to find the person responsible for this cowardly and miserable act so he feels the full force of the law and everyone knows what a repugnant person he is.

‘Please inform SEPRONA (the Civil Guard’s Nature Protection Service) if you have any clues as to who he could be.

‘He has been reported to the police and SEPRONA are doing everything they can to identify him.’

The footage shows a car pulling up in front of the compound at around 5.30pm on August 8.

A man in a light-coloured t-shirt then climbs out while holding the puppy by the scruff of its neck.

He then tries to hurl the terrified animal over the fence but it lands on one of the sharp spikes along the top of the gate instead.

The puppy is stuck there before the owner goes and retrieves it – only for him to throw it a second time.

This time the dog lands in the centre’s yard, where it can be seen getting to its feet shaken but seemingly unharmed.

Heartbreakingly, the animal still dashes to the metal fence, only to see its owner callously drive away.

The puppy bled to death from a stomach wound caused from the owner’s first unsuccessful attempt to abandon it.

SEPRONA has confirmed it is investigating.