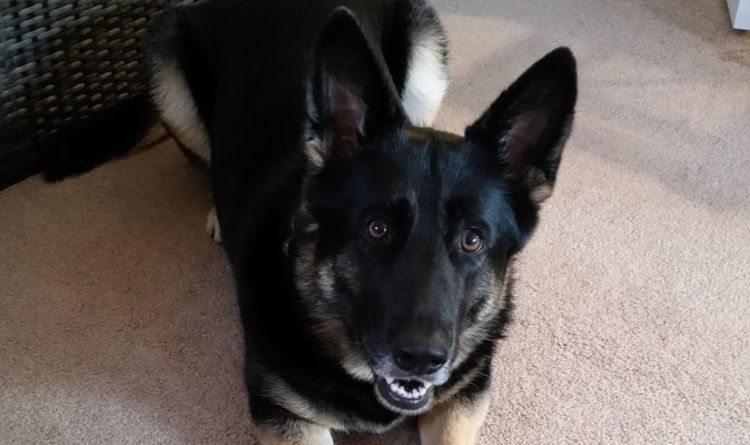 Neglected dog’s fur was so matted her paws dissolved

Puppy beaten to death and dumped in trees by ‘angry’ owner

A pet owner kicked and punched his 11-month puppy to death in a fit of rage before attempting to hide the body in woodland, a court has heard.

Jon-Luc McLoughlin, 26, beat his Alsatian Lexi so badly that she died almost instantly. He then proceeded to dump her in an area of trees near his home in Poole, Dorset.

But the pet was discovered by some local children who were left ‘traumatised’ by what they found.

McLoughin had only owned Lexi for a month after buying her with his partner.

Labrador puppy beaten to death with slipper for defecating inside house

Shadow was just 17-weeks old when she was killed (Picture: Oxford Mail)A scaffolder who beat a puppy to death with a slipper has been jailed for almost six months.

On Thursday he appeared at Poole Magistrates Court where he pleaded guilty to ‘causing unnecessary suffering to a protected animal’. The court heard that a post-mortem carried out on Lexi’s body found she had suffered ‘blunt force trauma’, including a laceration to her liver, blood in her abdomen and a stomach tear.During a police interview McLoughlin initially tried to put the injuries down to a road traffic collision but later confessed to the killing, telling officers ‘I get very angry and I don’t know what came over me’.

The death was reported to the RSPCA who brought the prosecution against McLoughlin to court. Matthew Knight, prosecuting, said: ‘He punched or kicked the dog to death and dumped the body in some trees near his home.

‘It was found by locals and upset local children who saw it’, before adding that due to the severity of the wounds inflicted, ‘it is likely that the dog did not survive for long.’

McLoughlin’s defence team argued that he was under significant stress at the time due to being a carer for his ill father.

Defending, James Moore said: ‘This episode of blind rage is where stress has got the better of him.

‘This is not just some violent thug who thinks it is okay to treat his own pet poorly.’

During the hearing magistrate Martin Arthur said sentencing options were ‘completely open’ and that a prison sentence was ‘not off the table’.

The case has been adjourned until September 5.

McLoughlin’s actions been slammed by animal rights group PETA who have called for him to be jailed. Elisa Allen, Director of PETA, said: ‘The pain and fear that this puppy must have endured are almost unimaginable.

‘We implore Poole Magistrates Court to give Mr McLoughlin the maximum sentence, including prison time, counselling, and a lifetime ban on keeping animals.

‘Because repeat offences are the rule rather than the exception among animal abusers – who often go on to harm humans – such acts must be treated with the utmost seriousness.’