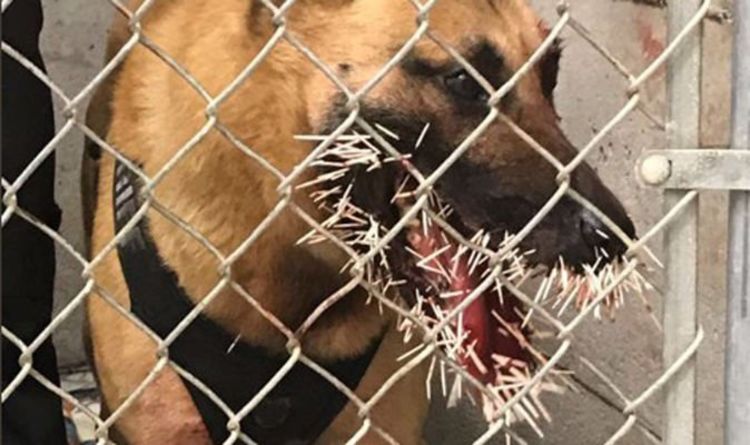 Lost dog hands himself in to police

A German shepherd named Chico has a serious job: working in drug detection and as a patrol dog for the Orange County Sheriff’s Office in Florida.

Perhaps that’s why a lighthearted photo of him dressed in his handler’s uniform for his ID photo garnered more than 4,000 likes on Facebook in less than 24 hours.

“K-9 Chico is a valued member of our team and we were thrilled to see his picture bring smiles to so many faces,” Myers told TODAY in an email. “He has been a member of the Orange County Sheriff’s Office for four and a half years but in dog years this photo celebrates 35 years of dedicated service.”Police dogs play an important role in law enforcement, from detecting explosives and narcotics to finding electronic evidence of child abuse, and are honored each year in the American Humane Hero Dog Awards .

When he’s not helping put criminals behind bars, Chico lives with his handler and his family, and loves playing tug of war and enjoying Kong food toys.“This photo has generated a beautiful response from our community and the nation,” Myers said. “Members of the Orange County Sheriff’s Office are proud to see K-9 Chico’s hard work as a patrol dog celebrated by such a wide audience.”
Tags: chico, photo, handler, office, human, humane, member, patrol, dog, orange, job,