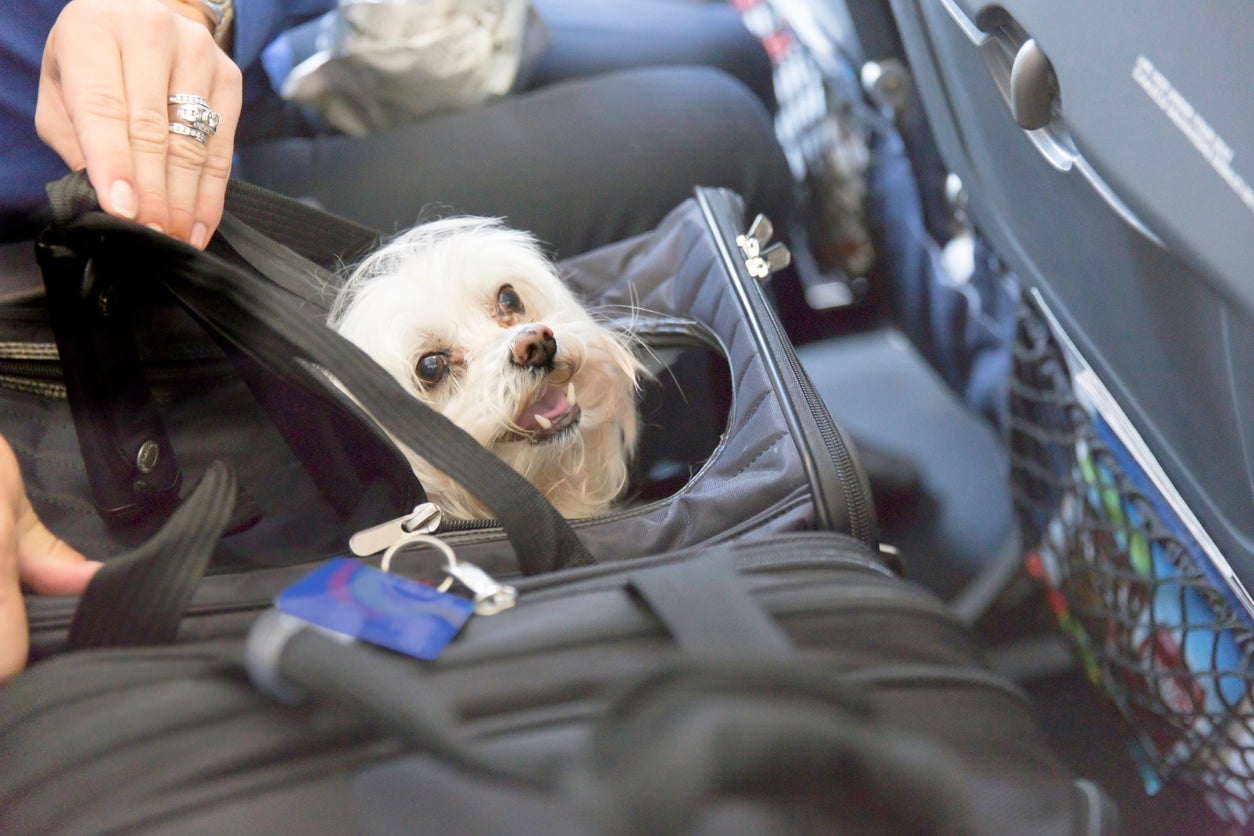 It’s been something of a disastrous week for pets on flights. First, a puppy died on a United Airlines flight to New York after a member of cabin crew allegedly forced the owners to put it in the overhead bin.

Next, a family went to collect their german shepherd at Kansas City airport after flying from Oregon, only to be presented with a great dane instead – it turned out United had flown their dog to Japan by accident.

So what are your rights when it comes to flying with animals, and is an airline responsible for ensuring your pet arrives safely?

Firstly, there’s a big distinction between pets and assistance animals. The latter are specifically trained to assist a disabled person and can be taken in the cabin, provided they meet airlines’ criteria and are fully trained.

Many organisations recommend only accepting assistance dogs on flights of 10 hours or less. However, BA accepts them on longer flights if travellers can confirm that their dog can handle it.

“It is your responsibility to take care of your dog’s needs, cabin crew won’t be able to offer any assistance to the dog during the flight,” says BA’s website.

“The key to acceptance is a strongly worded letter from a medical professional stating that the wellbeing of the pet’s owner is at risk if they are separated from their pet,” according to pettravel.com.

“The most common reason is mental anxiety or depression and a letter from a psychiatrist will generally suffice.”

However, although emotional support animals are accepted by many US airlines, they are not recognised by most international airlines – exceptions include Air France, Lufthansa, Japan Airlines and Virgin Atlantic.

“Emotional support dogs that are not recognised as assistance dogs by the ADI or IGDF are not allowed to travel in the cabin,” says BA. “In this case, please book your dog to travel as a domestic pet.”

Even US airlines are having to rethink their policies. Delta Air Lines has now tightened the rules on who can take emotional support animals on flights after a sharp rise in on-board incidents, including urination, defecation, biting and mauling.

As of 1 March, the American airline requires extra documentation outlining passengers’ need for a support animal, plus proof of the relevant training and vaccinations, 48 hours before a flight.

Although it is quite common for pets to travel in the cabin of US aircraft, particularly on internal flights, it’s not something that happens much in Europe.

The Civil Aviation Authority (CAA) told The Independent: “Under European regulations EU airlines are allowed to carry pets of up to 8kg in the aircraft cabin, however, it is up to the discretion of each individual airline as to whether they do indeed allow it.

“As far as we are aware no UK operator allows pets to travel in the cabin (other than assistance dogs).”

Instead, some UK airlines carry pets in the hold for a fee. Dogs, cats or ferrets being flown into the UK require a pet passport and must be microchipped and vaccinated against rabies.

Neither Ryanair nor easyJet take pets in the hold, and only allow assistance animals on board. BA transports pets in the hold via its sister company IAG Cargo; it has a “last on, first off” policy for animals, meaning the minimum of noise and disruption, and features an online tracking tool for nervous owners. Fees and required pet-carrier size depend on the animal, so passengers are advised to get in contact with the airline prior to the flight.

For those flying with airlines that do carry pets up to a certain size in the cabin, they should be secured in a carrier and put under the seat – the earlier-mentioned story of a passenger forced to put their dog in the overhead bin is not standard practice by any stretch.

United told The Independent: “This was a tragic accident that should never have occurred, as pets should never be placed in the overhead bin. We assume full responsibility for this tragedy and express our deepest condolences to the family and are committed to supporting them. We are thoroughly investigating what occurred to prevent this from ever happening again.”

Pettravel.com recommends ensuring your pet has all the right kit to increase the chances of it travelling safely in the hold. It advises getting “a sturdy pet crate with adequate ventilation, waterproof bottom, spring-locked door, disabled wheels and no handles (except for smaller crates).”

The advice goes on: “Size your pet’s crate generously: the airline rules for pet air-travel require that your pet be able to stand up erect and turn around in the crate. Do not compromise on your pet’s comfort. Give them room to stretch.

“Use metal hardware! More and more airlines are requiring metal hardware instead of plastic fasteners to secure both halves of the crate. We strongly suggest that you take that extra step whether your airline requires it or not.

“Cable tie the door and crate corners. Adding cable ties to the door and corners of the crate will add an extra level of protection for your pet. Although spring locks are hard to get open, it has happened, and the results can be serious.

It concludes: “Attach a large water bowl. It is important to keep your pet hydrated when flying. If you have a larger dog, get a large pet-crate bowl. Fill and freeze the night before travel for dripless hydration.”

Is it safe to fly with your pet?

Animal deaths on flights, though tragic, are relatively rare. According to DoT statistics, 26 animals died while being transported on planes in 2016, a rate of 0.5 per 10,000 animals transported. When animals do die in flight, in can be due to temperature-control failure, poor ventilation or rough handling.