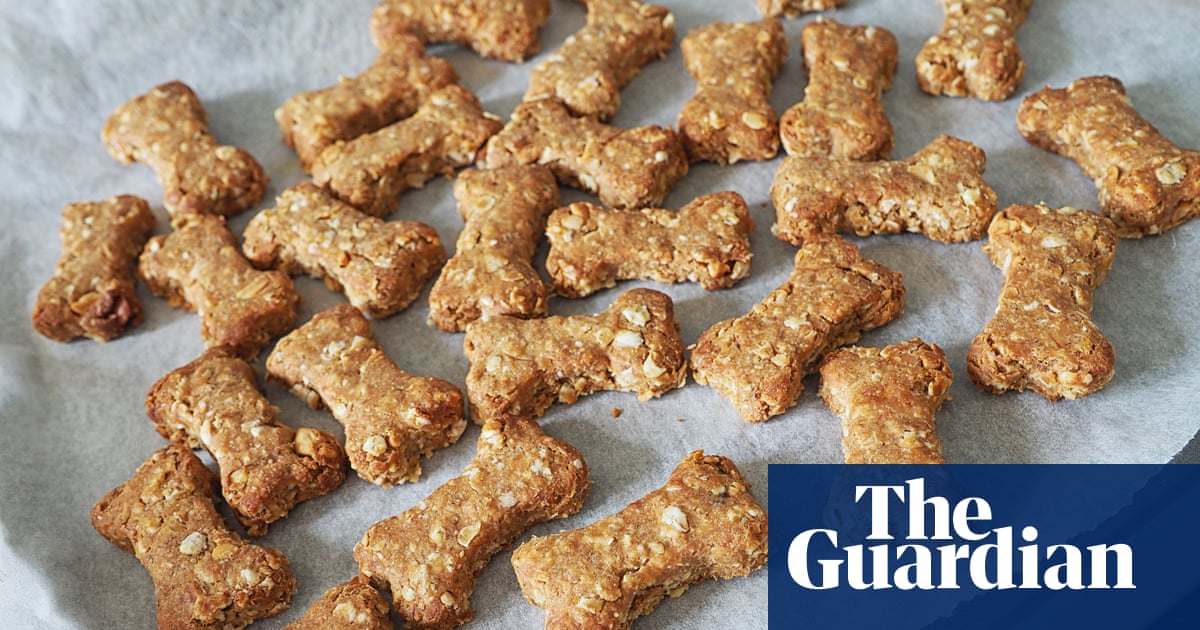 Make your own dog food? It’s not that barking

Paw diet: can vegan food and insect kibble really win over our pets?

Plant-based alternatives and pellets made of grubs are on sale in the UK. But do they pass the taste test?

The climate crisis, as well as health concerns, has prompted a growing number of people to change their diets, becoming flexitarian – eating meat only occasionally – or switching to entirely plant-based diets. So it was only a matter of time before their pets followed suit.

Rover, Max and Ludo are now the target of an alt-meat makeover as the pet care market – which is worth more than £6bn a year in the UK alone – gets a 21st-century overhaul backed by high-profile investors.

The meat substitute industry is already big business for humans, with one newly floated pea protein burger company – the Los Angeles-based Beyond Meat – rocketing to a $10bn valuation . Now the US pet food startup Wild Earth is also attracting deep-pocketed investors, including the PayPal billionaire Peter Thiel and Mars Petcare, the company behind Pedigree and brands including IAMS and Whiskas. The firm has launched a vegan dog food which it claims is “paradigm-shifting” in an industry viewed as an environmental disaster .

Globally, pets consume about a fifth of the world’s meat and fish, a figure likely to rise given the recent trend to feed human-grade meat.

Insects are also being promoted as an alternative protein source for both humans and animals, with the British brand Yora making pellets out of grubs that it says is an easy way to reduce your dog’s “global pawprint”. The main ingredient in Wild Earth’s dog food is a yeast protein – which goes on sale in the UK next year – billed as having the “umami [savoury ] taste that dogs love”. The company’s chief executive, Ryan Bethencourt, said the yeast provides “all the nutritional benefits of meat without the negative impact on the environment”.

The grubs used by Yora are the larvae of black soldier flies, which the firm describes as “easier to digest than chicken.” The packaging promises it is made from “100% whole grubs rather than the animal parts you might find in some dog foods”. A teaspoon of eggs produces 100kg of grubs in two weeks. Will Bisset, Yora’s head of innovation, said: “Insects use a fraction of the resources to farm and our grubs are packed with essential amino acids and minerals to benefit pets..”

Some cat and dog owners like to buy the same products for their animals as they do for themselves, which has created a booming market in everything from CBD (cannabidiol) dog treats to canine health trackers.

Hownd – a British brand that has made its name selling ethical canine spa products and vegetarian hemp treats – is currently crowdfunding to develop its own Wild Earth-style dog food after growing at more than 20% for the last three years. “We are seeing a growing interest in vegan/vegetarian diets for dogs,” said Hownd’s sales director, Mark Hirschel. “It’s early days … but more companies are getting involved. Consumers have become far more ethically and environmentally aware, and understand the issues surrounding the use of animal ingredients, which include contamination, cruelty, and increased carbon footprint, among many others.

“Dogs are omnivores, not carnivores, and therefore can digest protein from multiple sources. There is a growing list of plant-based proteins already available that are every bit as nutritious as meat protein, and contain fewer calories and potentially harmful effects than animal products.”

A 2018 survey by the research firm Mintel found that 41% of pet owners were interested in buying plant-based pet food. Among under-35s, that figure rose to 47%.

But this alternative market is held back by price, with shoppers complaining that vegan dog food costs much more than meat-based equivalents.

Caroline Baranger, a dog walker based in Ashford, Middlesex who rears her rescue dogs Mimo and Lyra on a vegan diet, said the plant-based brands she had bought in the past were too expensive and she now prepared their meals herself. She said: “It needs to be more affordable. They are seen as posh products because for many people the cost is problematic, as it asks you to triple your bill.” Pets at Home, the UK’s biggest pet care retailer, with 452 stores, stocks only a limited range of plant-based products, and the retailer’s chief executive, Peter Pritchard, is uncertain about whether vegan dog food will become mainstream. He said: “I’ve seen many new pet foods and approaches come into this market over the years and they are often very fringe and based on beliefs rather than the cold, hard facts of what pets need to survive and thrive.”

The British Veterinary Association (BVA) said cats – which are obligate carnivores – should not be put on a vegetarian or vegan diet, but said it was “theoretically possible” for dogs to become vegetarians. Daniella Dos Santos, the BVA’s junior vice-president, said: “Although we would not recommend it, it is theoretically possible to feed a dog a vegetarian diet, but owners would need to take expert advice to avoid dietary deficiencies and associated disease. A dog on a vegan diet may also need synthetic supplementation.”

Jack russell crosses Paddy and Fig tried out some vegetarian and insect-based dog food and a more traditional meat-based gravy bone. They were offered:Paddy: According to his owner, Sophie More, three-year old Paddy (who has had a piece of rubber surgically removed from his stomach and is partial to nail clippings and dead toads) is a four-legged dustbin, so was unlikely to turn his nose up at any grub – even if made from grubs.

The insect kibble did not touch the sides. Straight down the hatch, tail wagging furiously and then his big brown eyes looked up for more.

“All this science goes towards the business of selling pet food,” says the narrator, Robert Webb. When Joe tastes the product – all pet food gets a human taste test, which is certainly a spectacle, particularly when you’ve seen the meat smoothie rope part – we are told it is “irrelevant”.

Ditto the “blissful bedtime biscuits”. He didn’t eat them so much as inhale the treats, so missed the chamomile and passion flower notes, but was found snoozing deeply later that afternoon.

The gravy bone was a big hit too. Demolished by Paddy – clearly a flexitarian – in short order.

Fig: Adaline Fahey says her dog is a keen carnivore with a taste for bone marrow.

The insect kibble met with a lot of suspicion from eight year-old Fig. The treats were lined up in a row, and after much sniffing, she opted for the gravy bone.

With the meaty bone out of the picture, Fig resumed the sniff test but rejected the calming biscuits and pushed the kibble away with her nose.