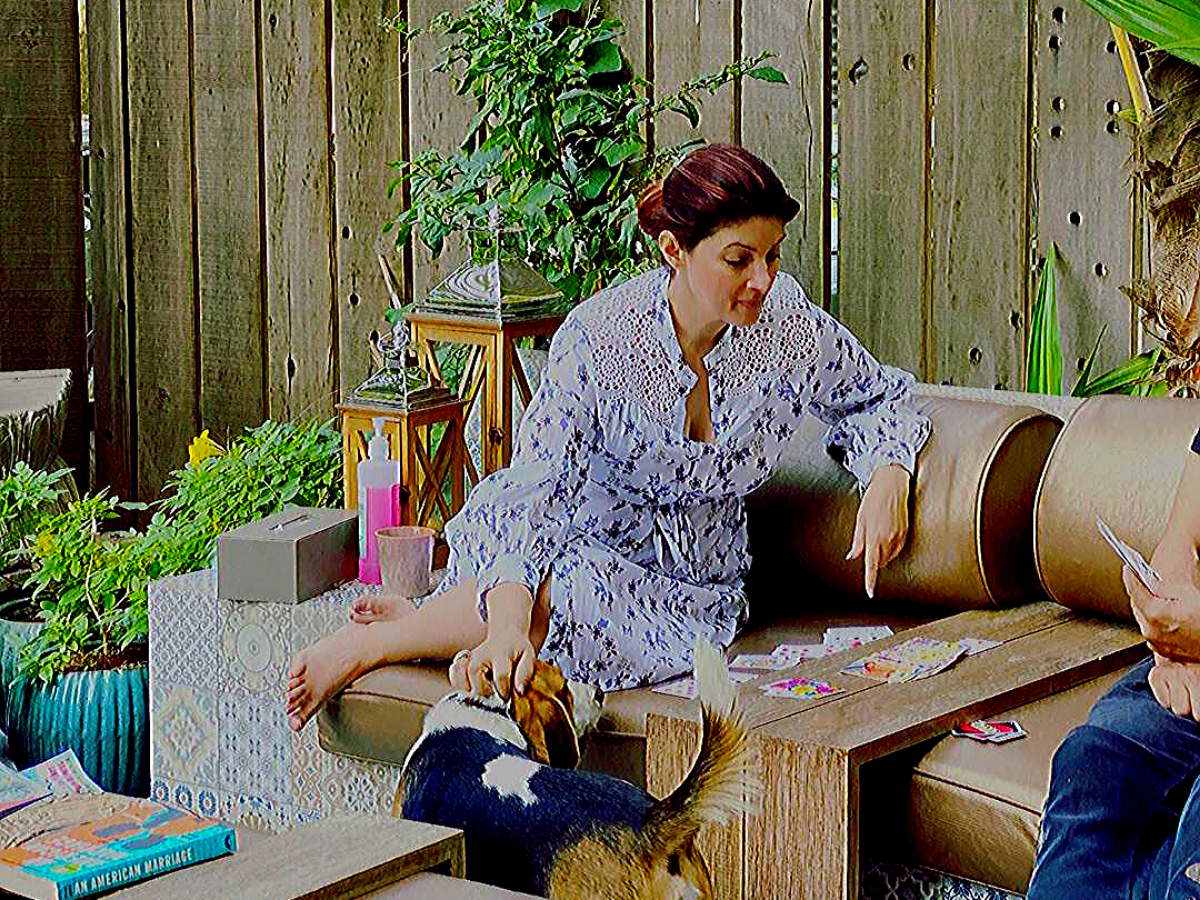 Oprah Winfrey has revealed that one of her dogs is currently being quarantined. During an Instagram live edition of The OG Chronicles, a video series in which Winfrey and her friend Gayle King give advice to fans, the media mogul said that her cocker spaniel, named Sadie, is self-isolating in her guesthouse as she is concerned the dog might have coronavirus . Winfrey said that Sadie had recently visited the vet because of an eye infection and that she became concerned while watching the examination through a video call.

“The vet started out with her mask on, but then took the mask off while she was doing Sadie’s eye...literally talking directly into her eye,” Winfrey explained. “I may be going too far, but I’m just being extra, extra, extra careful.”

The 66-year-old added that she is taking extra precautions because she suffered from pneumonia last year and is still recovering from “all the bronchial stuff”.

While King explained that she did not think pets can infect their owners, Winfrey interrupted and said: “I heard about a pug in New York! We don’t know that! And I heard about two cats!”

Winfrey also revealed that she has cancelled all of her plans through the remainder of 2020 in a bid to protect herself from the virus.

“I have cancelled everything on my calendar outside my gates through the rest of the year, including O Magazine’s 20th-anniversary party,” she said. “I just don’t think it’s going to be safe to be in large group settings until this virus is over, in every form.”

“I will not be leaving these gates this summer. I might poke my nose out in the fall...but I’m going to wait and see.”

Winfrey’s concerns follow the news that in February a pet dog in Hong Kong tested ‘weak positive‘ for coronavirus and was placed into quarantine. The Agriculture, Fisheries and Conservation Department (AFCD) in Hong Kong confirmed that repeated tests suggested the dog had a “low-level” of the virus and that it was likely to be the case of human-to-animal transmission. According to the Centers for Disease Control and Prevention, there is currently no evidence to think that any animals, including pets, might be a source of infection with this new coronavirus. On 13 March the World Health Organisation (WHO) agreed, adding that “at present there is no evidence that companion animals/pets such as dogs or cats can be infected with the new coronavirus”.

However, WHO later advised people to wash their hands with soap and water after contact with pets.

“This protects you against various common bacteria such as E.coli and Salmonella that can pass between pets and humans,” it stated.
Tags: winfrey, coronavirus, virus, sadie, year, evidence, dog, eye, infection, video,