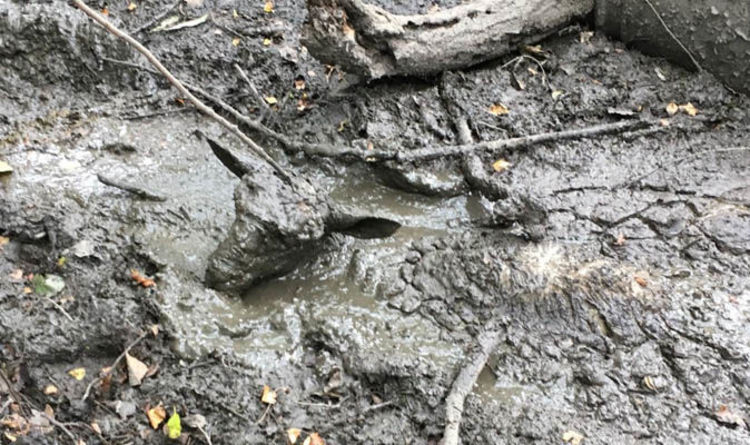 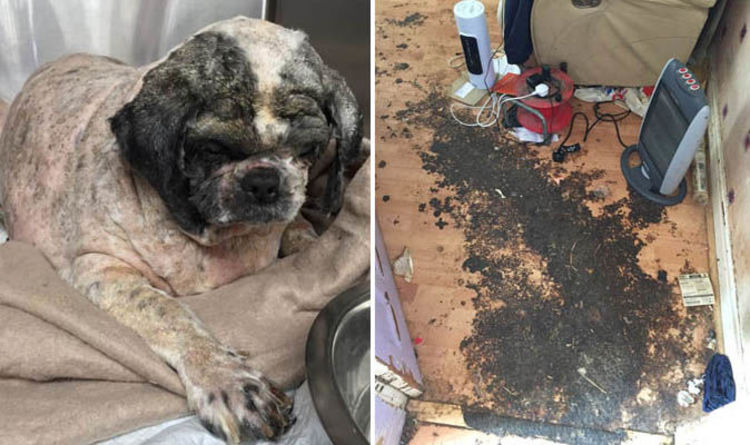 Why the young cockapoos were left languishig in a cage in remote countryside remains a mystery. It throws open the question whether they could not be sold by an unscrupulous breeder in the countdown to Christmas. An experienced RSPCA inspector says he has been left devastated witnessing the ordeal suffered by the puppies nicknamed Bramble and Crumble.

Britain’s biggest welfare charity cared for 8,000 unwanted and abandoned animals last Christmas and is bracing itself for tens of thousands of reports about pets, wildlife and livestock in peril over the coming holiday season. Last year there were more than 55,000 calls to the charity’s emergency line over the festive period.

Yet ordeals suffered by vulnerable puppies such as brown-coated Bramble and jet black Crumble and their two siblings who died still shock frontline animal rescuers.

Inspector Justin Stubbs said: “As an RSPCA inspector we sadly see some awful things that happen to animals, but this truly is one of the worst I have had to deal with. I am devastated by what has happened to these puppies.”

Left to die: These two cockapoo puppies did not survive being dumped in freezing cage (Image: RSPCA)

The puppies were found huddling together inside a cage that had been left near a remotely located shed in Gorefield, Cambridgeshire, last week. Bramble and Crumble were barely alive when they were rescued huddling against their litter-mates’ bodies.

“These pups were abandoned in a cage behind an old sofa, in a remote shed, so the chances of them ever being found was almost zero,” said Inspector Stubbs.

“It’s just fortunate that someone was out walking their dogs which picked up the pups’ scent because, if not, the chances are there would have been four dead puppies in the cage, had they been left undiscovered any longer.”

The vulnerable cockapoos, aged between six and seven weeks and too young to be taken away from their mother, are believed to have been suffering at the location for two days. There was no food or water for them and two that died are likely to have succumbed to starvation and dehydration.

“I want to thank the member of the public who contacted us and they definitely saved the lives of the two pups, if they had been left another night they would have most likely died like their poor siblings,” added Inspector Stubbs.

“I just can’t imagine how truly heart-wrenching it would have been to see the poor puppies lying on top of their dead siblings. How could anyone be so callous to dump such young puppies in this way?”

Bramble and and Crumble are still poorly and are currently being treated at the RSPCA’s Block Fen Animal Centre.

“We will do all we can to help Bramble and Crumble,” said Inspector Stubbs as he appealed for witnesses or anyone with information about the puppies to contact the RSPCA’s confidential appeal line on 0300 123 8018 .