New laws are set to come into place next year to protect puppies and kittens from unscrupulous breeders.

Lucy’s Law is named after a Cavalier King Charles Spaniel who died three years ago after being poorly treated on a puppy farm.

The change would require animals to be born and reared in a safe environment, with their mother, and to be sold from their place of birth.

The law change will stop people separating animals from their mothers within weeks and either advertising them online or selling them to pet shops.

It will ban the sale of puppies and kittens by third parties and ensure that anyone buying or adopting one under six months old deals directly with the breeder or an animal rehoming centre, rather than a pet shop or commercial dealer.

The new rules still need a debate in both houses of parliament to pass into law on April 6 next year.

The ban, which will apply to England, is also designed to deter smugglers who abuse the Pet Travel Scheme to bring young animals into the UK to be sold.

Marc Abraham, Lucy’s Law campaigner and founder of Pup Aid, said: ‘I’m absolutely thrilled that Lucy’s Law is now being laid in Parliament and will come into effect from April 2020.

‘Lucy’s Law is named after one of the sweetest, bravest dogs I’ve ever known, and is a fitting tribute to all the victims of the cruel third party puppy trade, both past and present.’

RSPCA chief executive Chris Sherwood said he was ‘absolutely thrilled’ with the legislation but it required enforcement, adding that 2018 was the ‘busiest year yet’ with 4,397 complaints about the puppy trade in England alone.

He said: ‘We hope this ban, alongside the tougher licensing regulations that were introduced in October, will help to stamp out the underground trade that exploits these wonderful animals simply to make a quick buck.’ 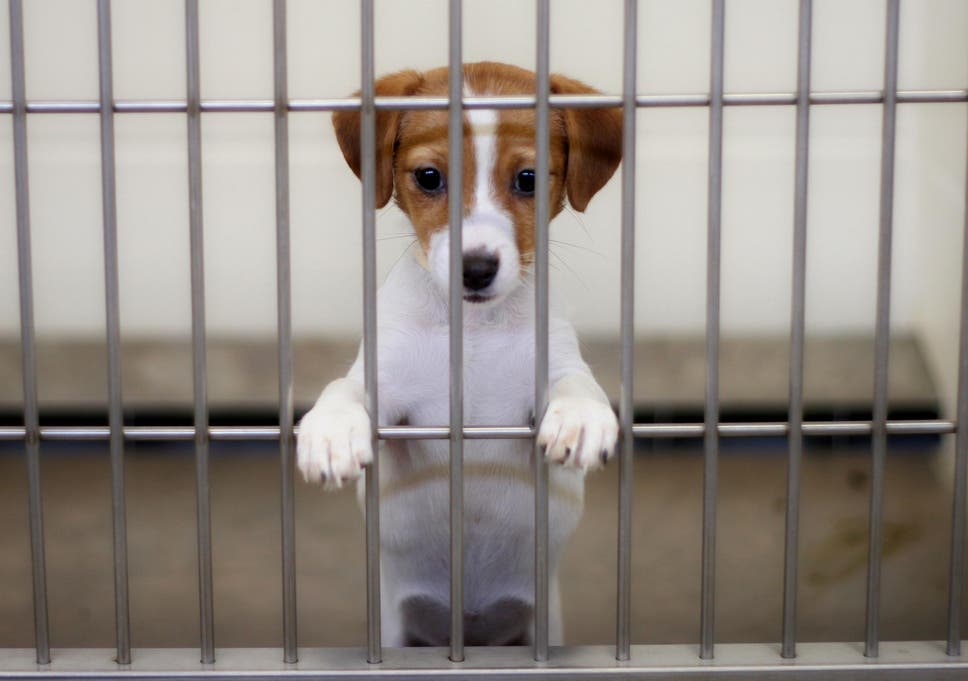