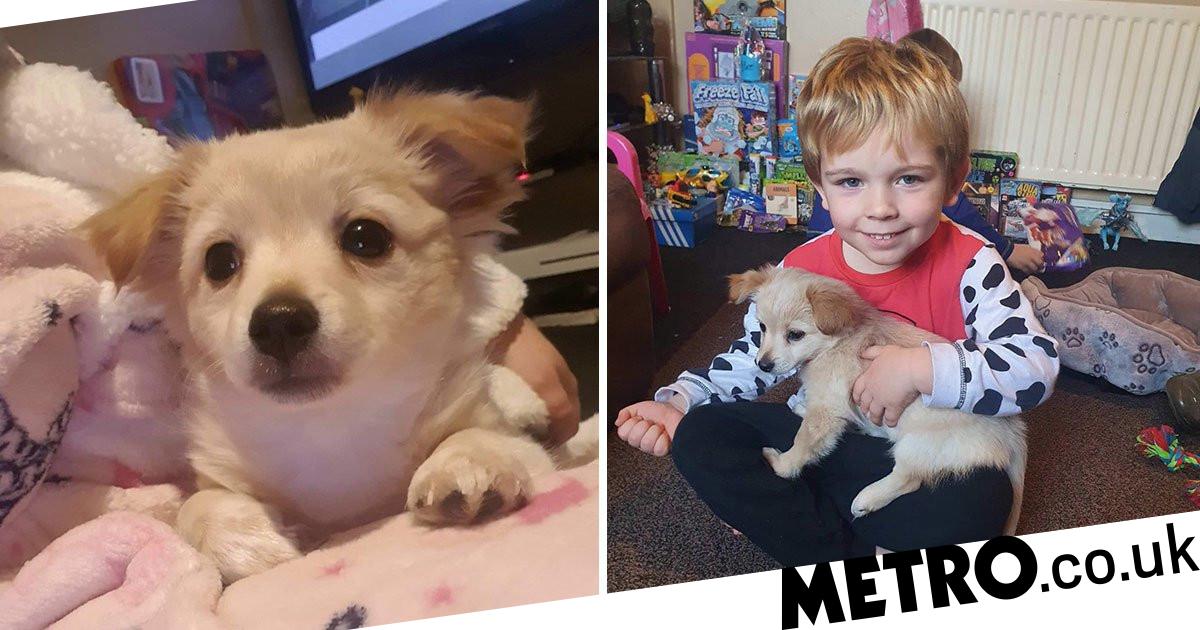 Police have rescued more than 80 dogs who are suspected to have been stolen.

They are now trying to track down the owners by checking for microchips in the pets – and believe many of them could have come from outside the area.

Six people were arrested after officers raided a location in Ipswich on Saturday.

In a statement, police said they were at the site for almost 10 hours as they ‘conducted thorough searches and recovered 83 dogs of various breeds and ages, which are suspected to be have been stolen’.

This is the shocking moment half a dozen police officers surround a dog in the street before attempting to taser it.A taser is fired but the dog gets away (Picture: SWNS)An eyewitness said: ‘It’s crazy how many police cars and vans were there.

They were detained on suspicion of conspiracy to steal and taken to Martlesham Police Investigation Centre for questioning.

All have subsequently been released on bail until April 16 pending further enquiries.

Police said: ‘This work is ongoing and will involve liaison with other police forces, as many of the dogs are suspected to have been stolen from outside of Suffolk.

‘Detectives would like to reassure all those people who have contacted Suffolk Police today to enquire as to whether their dog has been recovered, that everyone’s call or email will be acknowledged if it has not been already.

‘Officers are aware that many people will be anxious to know if their dog has been recovered and politely ask for victims to bear with them as they expedite these enquiries.’