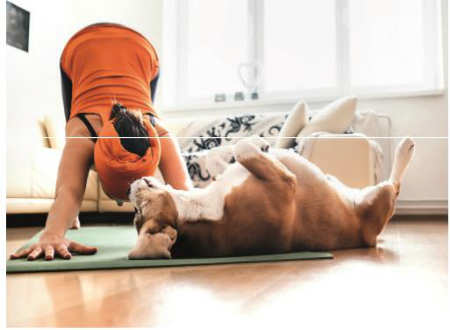 Keeping your dog in shape

Nelly the Elephant was dumped in a park with a (Image: Battersea Dogs and Cats Home)

The heavyweight bulldog needed surgery to help tackle her breathing difficulties – a problem most likely made worse because she tipped the scales at more than 20lb over her healthy weight. For poor Nelly, surgery meant having to spend double the time most rescue pets wait in kennels before being homed by Battersea Dogs and Cats Home. Her story is being highlighted today at the start National Obesity Awareness Week to show the tragedies faced by overweight pets: the victims of being fed to much food and not being given enough exercise.

Ten year old Nelly found her way into Battersea after being left tied up in a park with the note that simply read, “sorry”. Like many flat-faced dogs she was having problems breathing but, say Battersea’s vets, her size is likely to have hindered her further and made exercise and weight-shifting more difficult.

Battersea vet Claire Turner explained: “The most common reason that pets become overweight is eating too much food and not getting enough exercise.

“Much like humans, pet calorie intake and expenditure need to be balanced to maintain a healthy weight. Nelly’s been on a strict diet and a gentle exercise regime at Battersea, as we need to help her peel off the pounds, while being careful with her breathing. Pet obesity is something we see a lot here at Battersea, and research shows more than half of British dogs are overweight, so this is something every pet owner needs to be aware about.

“Pet obesity can cause serious health issues, so, if you think your cat or dog might be overweight, it’s best to consult your vet, who will be able to assess your pet and advise you on how to help them lose the extra pounds.”

Nelly was 22lb overweight when she arrived at Battersea (Image: Battersea Dogs and Cats Home)

Nelly’s weighty problems appear to be disappearing. After 82 days in kennels, sh e has been rehomed with Roz Funnell in Hertfordshire who fell in love with her at first sight.

Ms Funnell said: “After losing my old Battersea dog, Millie, to a heart attack last year and then having a hip replacement in the summer, I was in absolutely no rush to rehome another dog. But, on a visit to Battersea with my nephew in November I saw Nelly walk past, and it was love at first sight.

“When I got the call to say that she was medically cleared to be rehomed I was absolutely over the moon. I’ve been waiting for her for such a long time, but it was so worth it. All of the staff at Battersea have done an excellent job of looking after her, making sure that she was healthy enough to finally come home.

“I have a fantastic vet who will help me set a diet plan for Nelly, and hopefully with some gentle exercise we can both get a little bit fitter together.”