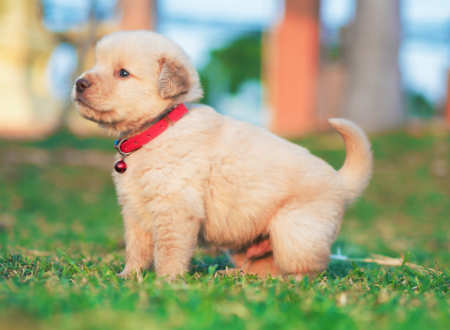 The life expectancy of chocolate Labradors is significantly lower than other colours, a new study finds.

Scientists are warning that the second most popular dog breed in the UK is more vulnerable to a number of serious health problems including obesity, ear infections and joint conditions.

This, they suggest, is because the gene responsible for the chocolate coat is recessive, meaning breeders require two chocolate Labradors to produce puppies of the right colour.

The authors claim that increasing demand is causing the gene pool to narrow and increase the risk of genetic disease.

Researchers at the University of Sydney, Australia, in collaboration with the Royal Veterinary College, London, analysed data from a sample of 33,320 Labradors registered with UK vets.

It found that the average life expectancy for a non-chocolate Labrador in the UK is 12.1 years, while those with brown coats typically do not make it to 11 years.

The data also showed that nearly one in ten Labradors are overweight, particularly male dogs which have been neutered.

Professor Paul McGreevy, from the University of Sydney, which collaborated with the RVC, said: “The relationships between coat colour and disease may reflect an inadvertent consequence of breeding certain pigmentations.

“Breeders targeting this colour [chocolate] may therefore be more likely to breed only Labradors carrying the chocolate coat gene.

“It may be that the resulting reduced gene pool includes a higher proportion of genes conducive to ear and skin conditions.“

The study authors revealed that the most common health conditions that affect chocolate Labradors are obesity, ear infections and joint conditions.

They also warned that the results might not be a true representation of just how severe the problem may be, as the data was taken from Labradors requiring veterinary treatment, excluding those with less pressing health issues.

“Labrador retrievers are reportedly prone to many disorders but accurate information about how common certain health problems are in the general pet population is lacking,” McGreevey explained.

“This is the first study to include a large number of Labrador retrievers based on records gathered from hundreds of UK vet clinics.

“It provides owners with information on the issues that they should look out for in Labrador retrievers.”

The new research is published in the the journal Canine Genetics and Epidemiology.