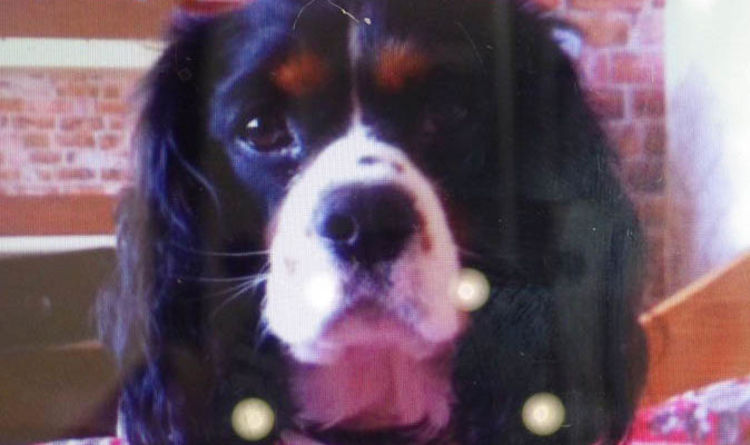 Labrador puppy beaten to death with slipper for defecating inside house

A scaffolder who beat a puppy to death with a slipper has been jailed for almost six months.

He then set upon her with his slipper, before sending vile messages to her owner stating: ‘I have just beat it from one side of the room to the other.’

In the voice notes he also said: ‘I don’t give a f**k. That is how it will be with me. She ain’t gonna do that again because she cannot f**king walk.’

Fatima Rodriguez, a member of a local animal protection organisation, said they are looking for a new owner for Toto and said ‘the person who adopts him should have a closed house’ as there is a risk the dog will escape to go back to the hospital to wait for his owner.

The puppy suffered a laceration to her liver, a broken jaw and fractured ribs in the vicious attack.

She then showed signs of struggling to breathe, but Gerken did not seek medical help, the court heard.

Police were called to an address in Saunders Road, Oxford, between 4pm and 6.30pm on April 3.

Gerken was arrested on April 4 and charged the following day.

Shadow belonged to a woman in her 20s, who does not wish to be named.

She told the Oxford Mail the puppy was treasured by two children, aged six and eight.

The owner said: ‘I was there when she was born and I watched her grow up and learn to walk and run. She didn’t know anything else but love.

‘They had only had her five weeks and they all absolutely adored her and he comes along and beats her to death.’

Gerken previously denied charges of causing unnecessary suffering to a protected animal and sending malicious communications but later changed his plea to guilty at the last minute.

Boy, 9, mauled to death by dog is pictured as tributes pour in

He is also banned from keeping dogs for 10 years.

Magistrates told him: ‘The dog died as a result of what was done to her. You were determined to cause harm and you made threats that you would cause further harm to the dog.

‘You were in a position of responsibility. You used a slipper as a weapon. You did not call or take the dog to the vet or seek advice even though you were aware she was unwell.’

Shadow’s owner added that she is ‘devastated’ by what happened and called the sentence too lenient.