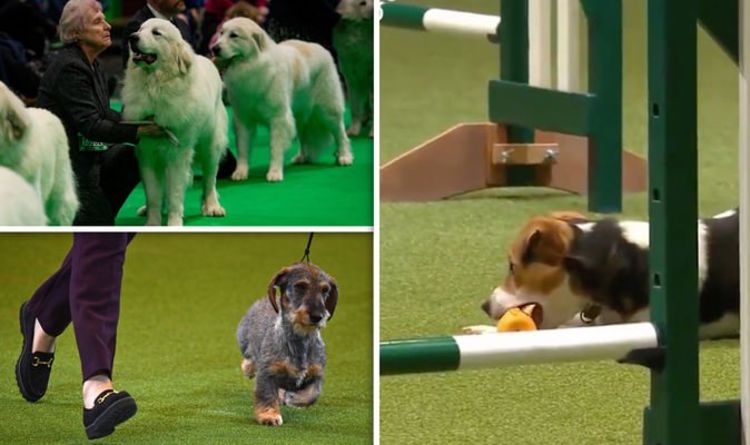 Kratu the dog is back on the obstacle course, still has no idea where he's going

Put Kratu the rescue dog on an obstacle course in front of a crowd and watch him live his best life, even if he doesn't know what direction it may take him.The lovable Carpathian-Mioritic mix went into retirement with a bang on Saturday, stealing the show in another haphazard romp through the obstacle course during the Crufts dog show in Birmingham, England.Whether it was getting stuck in tunnels or generally scampering wherever he pleased, Kratu showed just how little he cared about arbitrary things like "rules" and "penalties." In one moment, instead of jumping over a hurdle, Kratu just grabbed one of the poles with his mouth and took it for a ride.

I cannot be anything else! I am Kratu and I do it my way! https://t.co/dAN7SCjc9t

"That’s definitely against the rules," one announcer said.

This is the third straight year that Kratu has won over the crowd by following his own path. And unfortunately, it will be the last.

The pup's owner, Tessa Eagle Swan, announced on Feb. 28 that he was "retiring from agility."

Kratu is retiring from agility. The last Crufts for Kratu. Interview for the greatest entertainer would be a lovely gesture #rescuedog #interview #Crufts #entertainment #viral pic.twitter.com/Co4WzlQImp— KRATU (@Kraturescuedog)

Swan rescued Kratu from a dangerous situation in Romania when he was just a few weeks old. She was just as amused by his goofy personality as everyone else."As a teenager he was incredibly hard to train!'' Swan told Crufts in an interview last year. "He was so stubborn and determined to do what he wanted. He makes me laugh with his antics. He loves to perform tricks and does them all the time.

"He is a natural clown which makes it interesting and fun," she added. "If he doesn’t like something he won’t do it. He really loves to please me but mostly himself! He is such a big character who will try to do what he wants rather than what I am asking. He is challenging and quite determined."

Meet Daniel, the golden retriever who stole hearts at Westminster

At least Kratu didn't leave any unwanted souvenirs behind at the competition.

A dachshund named Maisie that won best in show was so excited that she just couldn't hide it. She took a celebratory poop right on the course after being named the winner. Thankfully, owner Kim McCalmont came prepared with a bag to scoop it right up.
Tags: kratu, swan, owner, obstacle, course, year, interview, try, dachshund, bang,