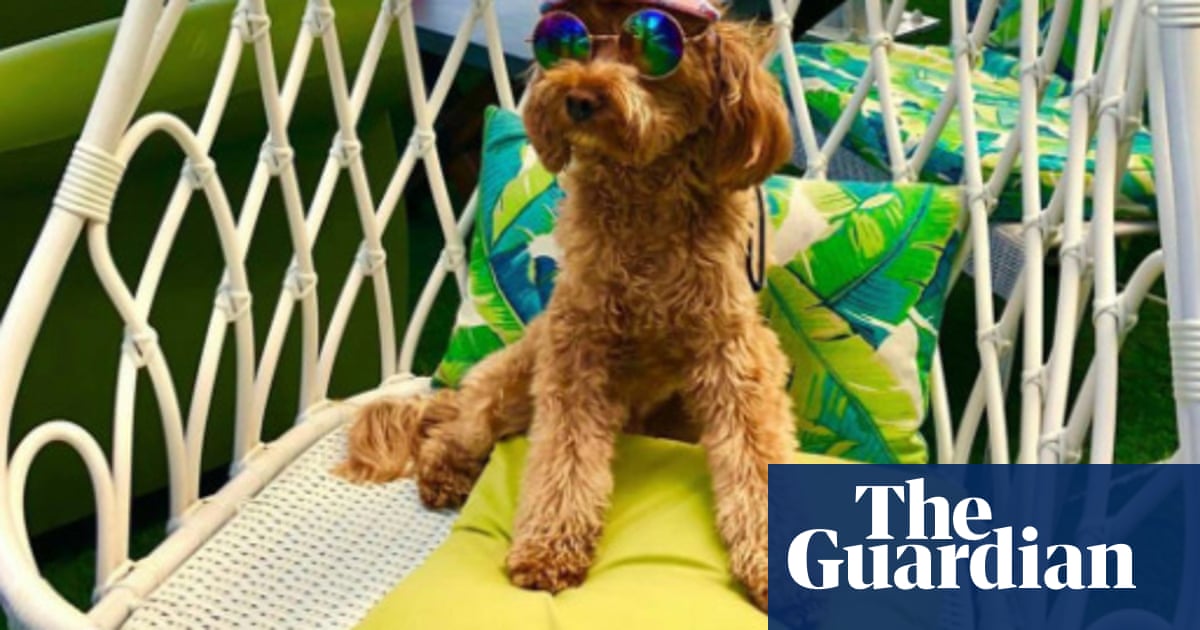 Dogged battle under way for custody of Instagram-famous cavoodle Oscar

Dog owner dies of devastating bacteria after being licked by pet The owner of a miniature schnauzer has emerged victorious after a long battle with the strata corporation of a luxury Sydney apartment block that wanted the pooch out.The NSW court of appeal found in favour of the soul singer Jo Cooper, who had argued a bylaw that banned pets – including her dog Angus – from the block of flats was unfair.The ruling follows a five-year legal battle between Cooper and the owners’ corporation of the Harry Seidler-designed Horizon tower in Darlinghurst. Cooper said she was relieved the fight was finally over.

Puppy beaten to death and dumped in trees by ‘angry’ owner

“Pet owners get discriminated against all the time,” she told Guardian Australia. “I think the ruling is going to be a lot fairer on pet owners.

“You shouldn’t be able to dictate what people do in their own homes. I think that’s something that’s been wrong with strata for a very long time.”

In their judgment, justices John Basten, Robert Macfarlan and Des Fagan said the tower’s bylaw restricted the “lawful use of each lot” and lacked a “rational connection with the enjoyment of other lots and the common property”.

“A bylaw which limits the property rights of lot owners is only lawful if it protects from adverse affection the use and enjoyment by other occupants of their own lots, or the common property,” they said in Monday’s ruling.

The Horizon’s strata committee had been determined to maintain the bylaw and keep pets out. The decision by the appeal court could have far-reaching consequences for high-rises.Cooper moved into the prestigious apartment in 2015 and, although she noticed some pets in the building, was met with some resistance when she asked to have the bylaw changed.

“The response to that was aggressive,” she said. “The tradition, or the way things are done here, is you sneak a pet in and you leave the bylaw alone. I wasn’t happy with that.”

She said she faced bullying and abuse after she asked for the bylaw to change.

“For six months I tried really hard to change the by-law, talk some reason. They wouldn’t mediate with me, they wouldn’t budge,” Cooper said. “It’s been very ugly, very draining and I’m very tired.”

The Horizon was built in the late 1990s and counts Oscar nominee Jacki Weaver and film director Baz Luhrmann among its residents.

After mediation failed, the disagreement ended up in court and eventually all the way to the NSW court of appeals, which found in favour of Cooper.

“I think it’s going to be a lot fairer on strata owners in general, and I think committee members have a lot more power than they should.”

Marlyn Robertson, chairman of the owners’ corporation, told the Australian newspaper that the committee was considering further legal options.

The unconditional love from a pet to owners causes deep emotional reactions, said Nielsen, who helps clients deal with the grief of losing a pet.“It’s profound because you are you're making a decision to actively take the life of your animal,” Nielsen said.

“At first reading, the decision appears to raise very serious questions about the ability of strata communities to determine their living arrangements according to their own needs,” Roberston said.The decision means Angus, who is now 14-year-old, deaf and partially blind, can enjoy his final years in peace.

Cooper was just as relieved, saying pets were a part of people’s family and should be allowed to be together.

“It’s a proven fact that they’re good for us and they make us better.”