'I lost all sense of perspective!' The broadcaster whose dogs became superstars

Did anyone convey the topsy-turvy world of pandemic life better than two ultra-competitive labradors? When the first lockdown was announced back in March and sports events were cancelled across the country, the Scottish commentator Andrew Cotter found himself staring at a grim year ahead. And so he decided to simply continue commentating … on his dogs.“You can feel the tension,” he said in his soothing soft Scottish accent, over a video of his dogs, Olive and Mabel, racing to empty their bowls. “Olive focused, relentless, tasting absolutely nothing.”He posted it to Twitter and, within seconds, it had gone bananas, eventually being viewed more than 30m times. “People like Armando Iannucci were saying they loved it,” he marvels. “There were messages from people saying it helped cheer up a sick relative.” 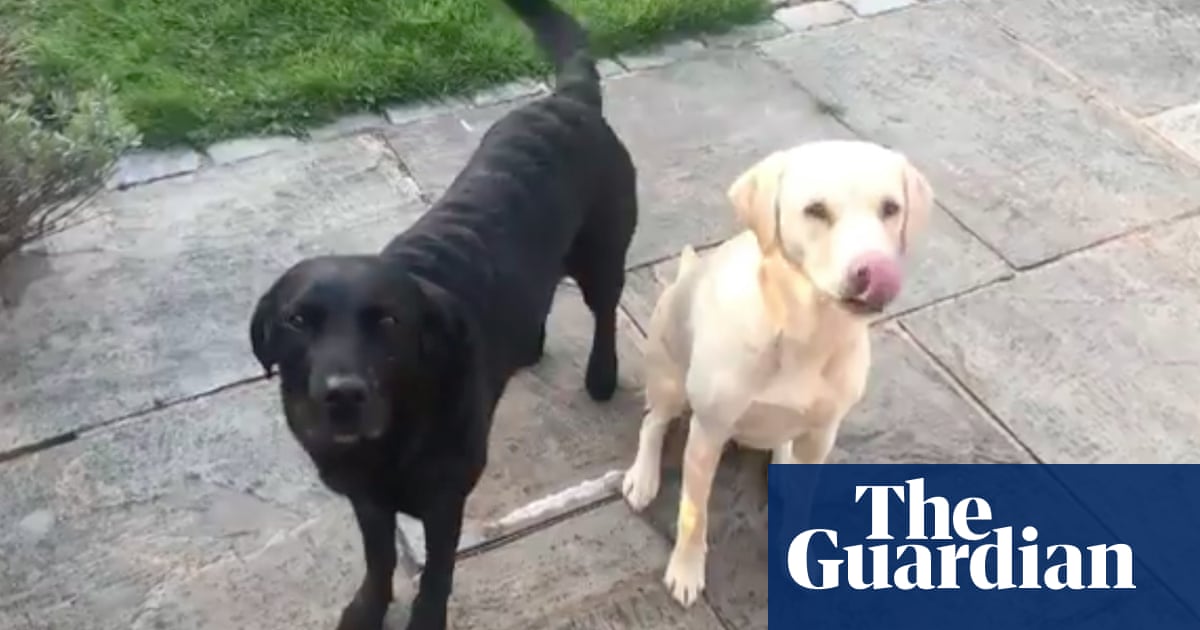 And so he began making more. Yet, despite the winning combination of canine cuteness and comic talent, Cotter says Olive and Mabel would never have found global fame without the communal experience of lockdown. “Those first two videos were very much of that moment,” he says. “The world’s turned upside down, nothing makes sense any more, and here’s a sports commentator having to commentate on his dogs.”

Cotter had never made a video like this before. He was surprised the first one took off and even more surprised when his follow up of the dogs fighting over a bone (“the difficult second album,” he jokes) outperformed it. Such success became stressful to deal with. “You get messages saying ‘When’s the next one, hurry up’, and then you’re panicking slightly and bullying your dogs into situations – go and do something for me, God!” By the third video, of the dogs sitting in a fetid pond, he says he’d “lost all sense of perspective, my judgment had totally gone as to what was good and what was not”. Yet the hits still came rolling in.

Should have been the Olympic Opening Ceremony today. I used my notes anyway. pic.twitter.com/zjsTK3Armp— Andrew Cotter (@MrAndrewCotter)

Cotter expanded his remit, ditching the sports commentary for more elaborate productions: a doggy Zoom meeting; Halloween “treat or treating”. He also had something of an epiphany: he was enjoying exploring his creative side so much that he wanted to try to turn it into a career. After the second video, he was approached by a publisher to write a book, Olive, Mabel and Me. “I thought about it for about a nanosecond because I had no work,” he laughs. The book is a set of observations on dog-owning that posed one particular challenge: “Trying to translate the obvious audio humour of the videos into a book.”Various other projects came up – including theatre tours (a night at the London Palladium with Olive and Mabel sadly had to be cancelled because of Lockdown 2, but he did get to take them onstage at the Everyman Theatre for the Cheltenham literature festival) and there is the possibility of a TV series. “I think the moment may have passed now, which I kind of regret,” he says. “But it would have meant putting your dogs that you love as pets through quite a lot.” One question remains – did Cotter just press record and ad lib his commentary on those first videos? Or were they more planned out and edited than first meets the eye? “You know the magician’s code that they never explain how it’s done?” he says, laughing, before admitting that some videos were fully scripted while others happened more spontaneously (“I’ll let the viewers work out which is which”). But he can confirm some good news: Olive and Mabel aren’t going anywhere when “normal” life resumes. “If I get an idea, I’ll still make the videos,” he says. “It doesn’t matter if it’s lockdown or not.”