The 4 Weirdest, Most Hard to Believe Pet Stories of the Week 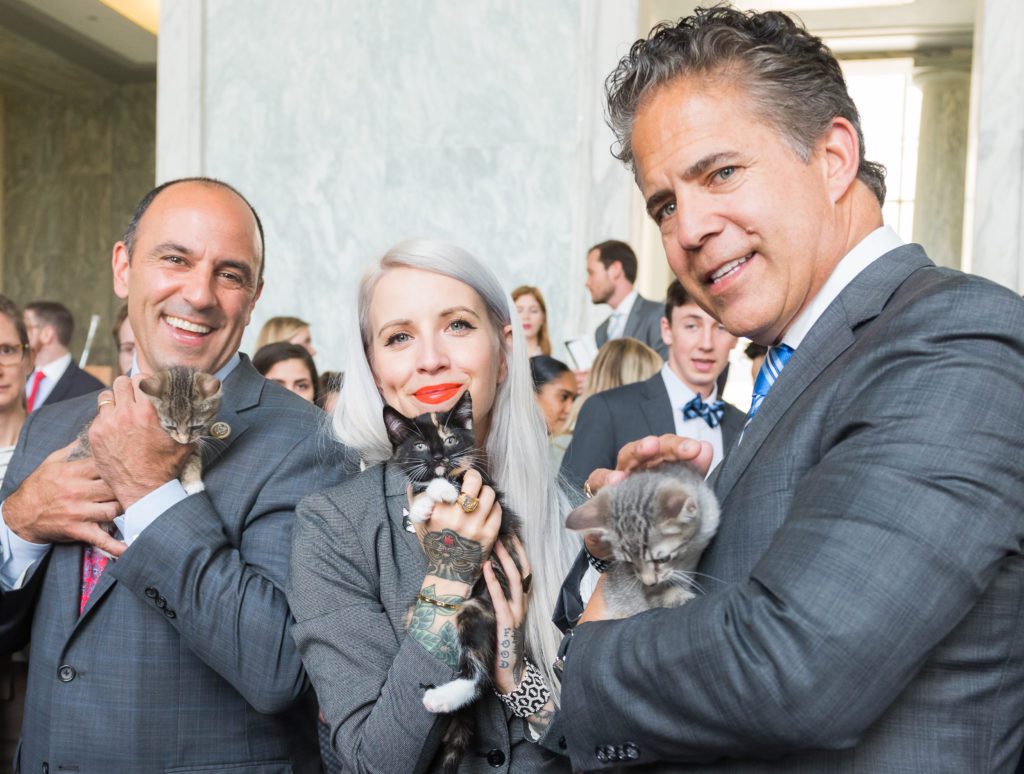 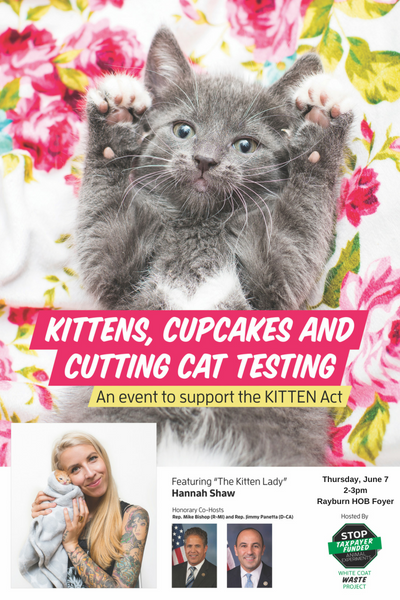 As reported by Roll Call , the Detroit News , Washington, D.C.’s ABC affiliate WJLA , and POLITICO , over 300 lawmakers, Congressional staffers, and reporters attended the event to learn more about WCW and the KITTEN Act.

Shaw brought three 8-week-old kittens–Anya, Leeni and Rizzo–with her to serve as feline ambassadors and let Congress know the true cost of the government’s wasteful kitten experiments. The kittens being experimented on by the USDA—as Shaw explains in this viral video –are the exact same age as these tiny kittens when they are senselessly killed by the government.

WCW and Shaw also met lawmakers privately to thank them for their leadership on the KITTEN Act, including Rep. Walter Jones (R-NC) who also been helping lead the charge to defund wasteful dog testing at the Department of Veterans Affairs:

–made this video with WCW and Kitten Lady to educate his constituents about the issue:

Thank you, @kittenxlady – and kittens! – for coming by today. Let’s pass the KITTEN Act and protect innocent animals like these three kittens from being euthanized in @USDA testing. pic.twitter.com/YUuPyDTQkO

Tell Congress to pass the bipartisan KITTEN Act to permanently defund these deadly taxpayer-funded experiments, and urge USDA to adopt out the cats!