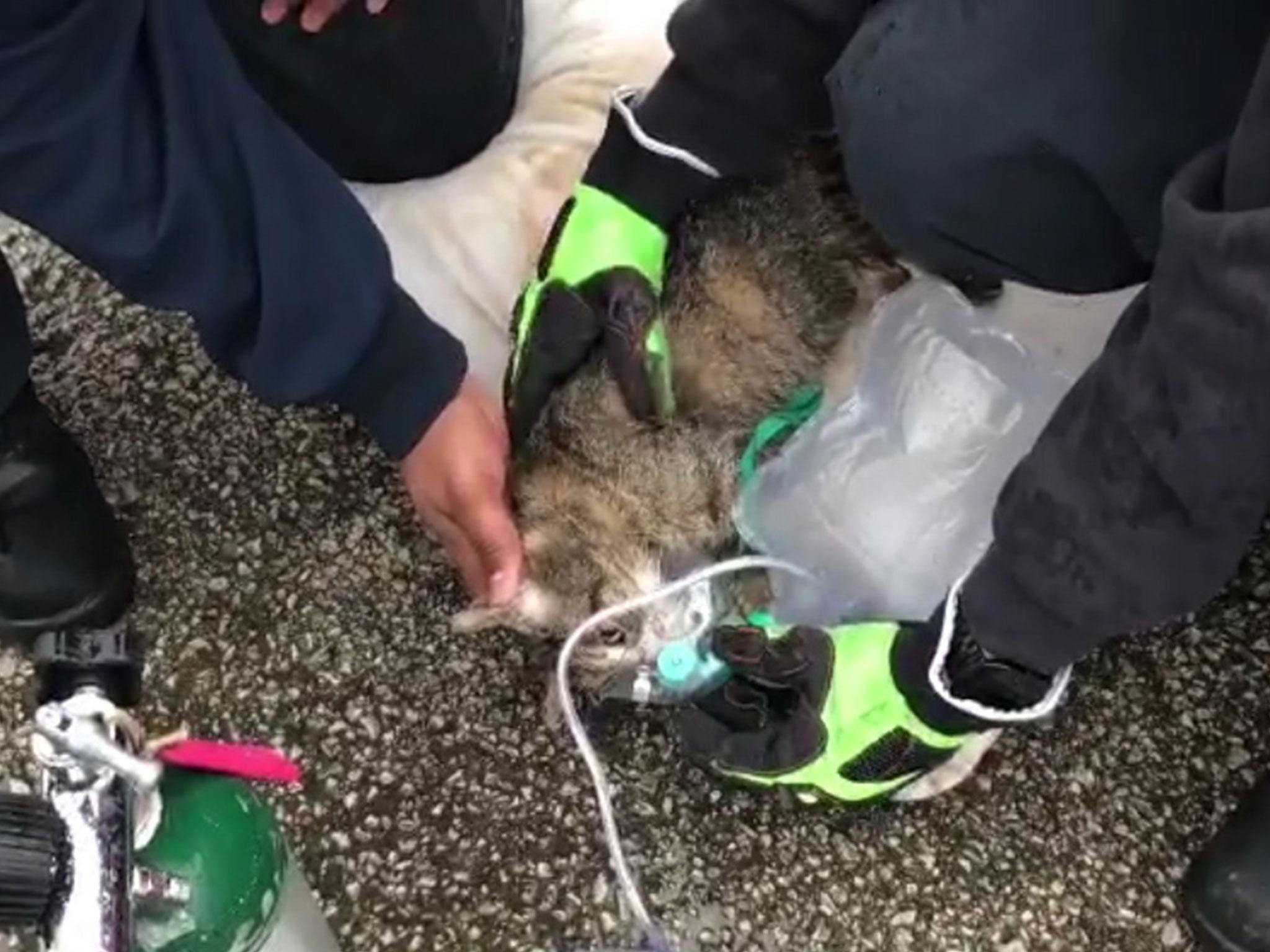 A brave and intelligent cat saved her guardian from a fire, reports Adam Aspinall of Mirror News. Tracie Horgan-Hodgkiss was asleep in her bedroom in Bridgend, South Whales when her two-year-old cat, Taffy, woke her with a bite. Tracie got up to find her bedroom filling with smoke.According to Mirror News, after Tracie called the fire department she and Taffy were helped down a ladder to safety. Apparently Tracie had thought the fire alarm was actually her alarm clock and slept through the noise until Taffy roused her. “I don’t think I’d be here now but for her,” said Tracie. Firefighters arrived just in time to save the pair all thanks to the heroic feline. The fire is thought to have been set intentionally and police in Bridgend have a suspect in custody.Taffy was faced with grave danger and made a choice to save Tracie. Instinct might have told her to run or hide but she found the courage to warn her guardian and as a result both are alive and well today. Is it any wonder that people love and trust their cats?