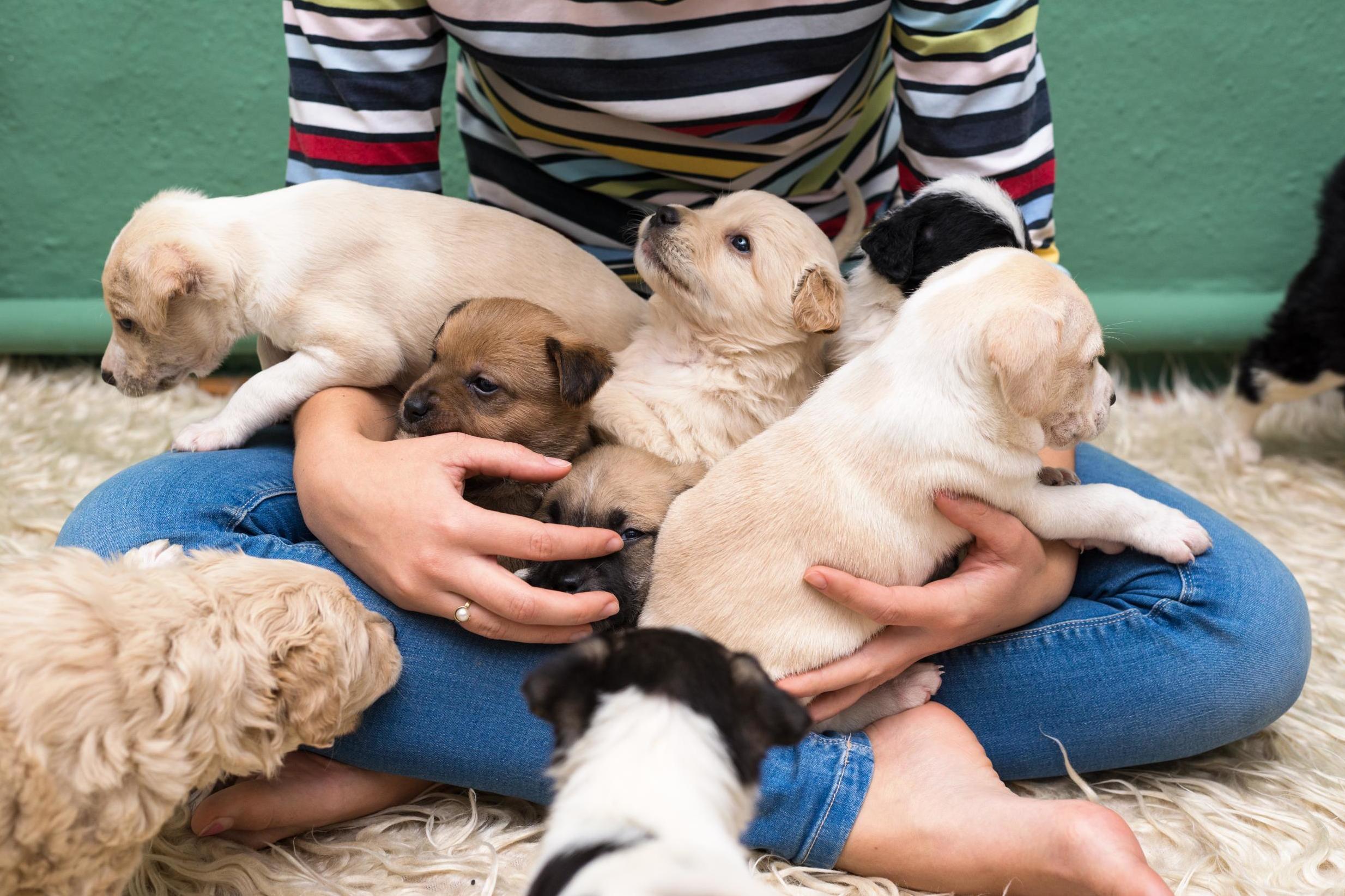 Most popular dog breed in the US has been revealed

Golden Retriever with terminal cancer ticks off his bucket list

A Golden Retriever with terminal cancer is enjoying as much as he possibly can in the time he has left.

The 13-year-old dog called Theo is in the process of working his way through a bucket list of activities, compiled by foster mum Jenny Leech. Jenny, from Illinois, fostered the elderly dog after he was abandoned in a car park earlier this year. Theo’s love for life prompted Jenny to compile an enormous bucket list of things for him to experience. She said: ‘The bucket list ranges from the simple things in life such as a bite of pizza or a puppachino at Starbucks to starring on our local news TV show.

The items range from shopping sprees and beach visits to a half-birthday party, in case she does not make it to her fifth birthday in June.Adorable Bumble enjoying a swim (Image: PA) A shopping spree in Pets At Home (Image: PA).

‘He has been a guest to business opening nights, the fire station and even been in a small plane used for skydiving.

‘Someone also took him for a ride in their convertible which he loved so much.’

Theo has been busy swimming (with the help of an inflatable), attending a blind picnic date, hiking and hanging out at a brewery. Jenny said: ‘He is a happy dog despite being so sick, we don’t know how he ended up abandoned but he has a love for life.

‘His reaction to new things and experiences prompted me to put a bucket list on Facebook – it grew from there.

‘People have been so generous and have sent Theo new toys, treats and even hosted parties for him.

‘I want him to enjoy whatever time he has left.’

Vets haven’t given Jenny an exact time frame of how much longer Theo has left, so the mum-of-three is just taking each day as it comes.

Theo’s testicular cancer has now spread so he is unable to walk – but that hasn’t stopped him.

Jenny added: ‘The generosity from others has been phenomenal. Theo wags his tail all of the time.

‘If he didn’t have external masses then nobody would even know he is sick.

‘He is loved by everyone and even my cat likes him!

‘I am so happy I fostered him and I plan on bringing him on more adventures whilst we have him.’