The tragic stories of Truffle the 12 week old Jack Russell and April the tiny cockapoo are being highlighted by Battersea Dogs and Cats Home to show how people are buying pets on impulse over the internet. There are fears both the puppies handed over to the rescue home were bred on puppy farms before being sold online. New figures released by the pets charity today reveal how 404 dogs bought online ended up coming through its doors last year – a 14 per cent rise on 2017.

Black and whire Truffle was brought into Battersea in December after his new owner realised she had overestimated the efforts required to raise a puppy and did not have the time to devote to his care.

She had bought Truffle from an internet advertisement and met the seller at a train station where the puppy was handed over wrapped in a towel. The online advert had promised Truffle was microchipped and vaccinated but Battersea vets discovered neither had been done and suspect he had been bred on a puppy farm.

Likewise, April the 10-week-old peach cockapoo is also suspected to have been bred on a puppy farm. She arrived at Battersea last April, the very day the owners had bought her online. They said their son was scared of the dog. When April was checked, she was covered in flea filth and her skin was scabby and infected. She also had a bloated stomach, signs she is feared to have been born on a puppy farm.

April the cockapoo was bought online and handed away the same day (Image: Battersea Dogs and Cats Home)

Truffle was handed over to internet buyer at train station (Image: Battersea Dogs and Cats Home)

April was covered in flea dirt and had scabby skin (Image: Battersea Dogs and Cats Home)

Battersea’s Centre Manager Steve Craddock said: “Luckily Truffle’s story has a happy ending and he’s gone to a lovely new home, but this just illustrates how online sales platforms have become a vehicle for irresponsible breeders.

“There are, of course, many genuine sellers online, and some websites are taking steps to improve in this area, but too many backstreet breeders and puppy farmers are still benefiting from the system.

“We’d always encourage people to consider a rescue dog. However, if you do decide to buy elsewhere – particularly if you’re getting a puppy – make sure you do your research to ensure you’re not unintentionally fuelling backstreet breeders or puppy farmers.”

Analytics research shows a new dog advert is created online every two minutes – four minutes per cat – while a worrying 49 per cent of people say they have not heard about the risks of buying a pet over the internet during the last three months.

New regulations clamping down on the breeding and selling of dogs came into play last October, forcing commercial breeders and anyone producing three or more litters a year to be licenced, while sellers must take care of the health and welfare of their animals and never transfer them while under the age of eight weeks.

Battersea Dogs and Cats Home has been rescuing animals for 159 years (Image: GETTY)

Additional rules on third party sales – meaning the public will only be able to buy direct from a breeder or rescue centre – are on the cards.

Mr Craddock added: “You can now buy an animal in seconds and it’s very tempting to be sucked in by the cute photos. Online pet sales have become a huge industry and research shows that a new dog advert is created online every two minutes, while a cat advert goes up every four minutes. Sadly, the reality can be very different from the pictures and it’s difficult to know if the animal you’re getting will match up to the advertisement.

“It’s animal rescue centres that then pick up the pieces and so we’re asking people to, please, think before you click and remember that a pet is a huge responsibility. Better yet, consider coming into Battersea and adopting one of the many dogs here looking for a home. All our animals have had thorough medical or behavioural assessments, so you’ll know exactly what you’re getting.”

Find out more about the dogs and cats waiting for a second chance at Battersea, by visiting www.battersea.org.uk . 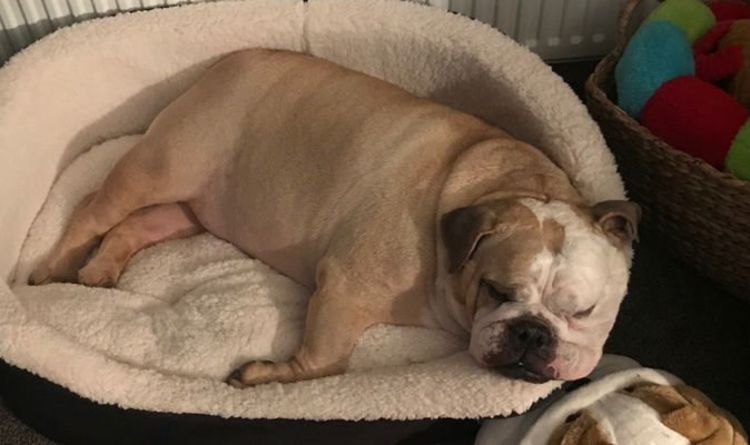