Dog tired: will the new podcast for pooches soothe my surly whippet? 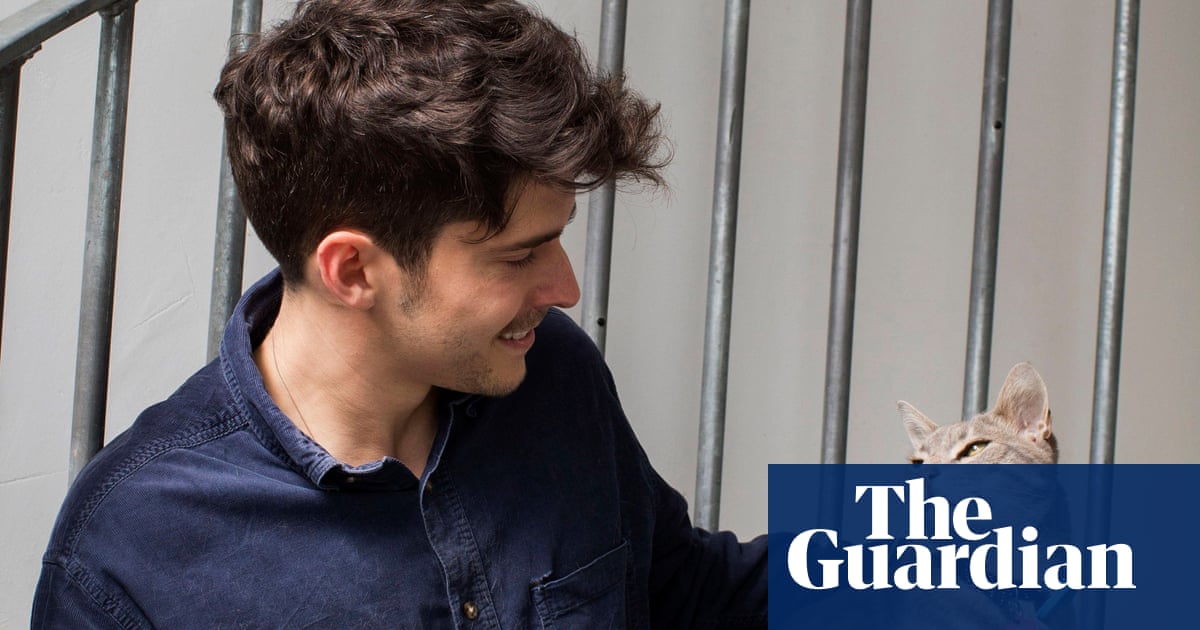 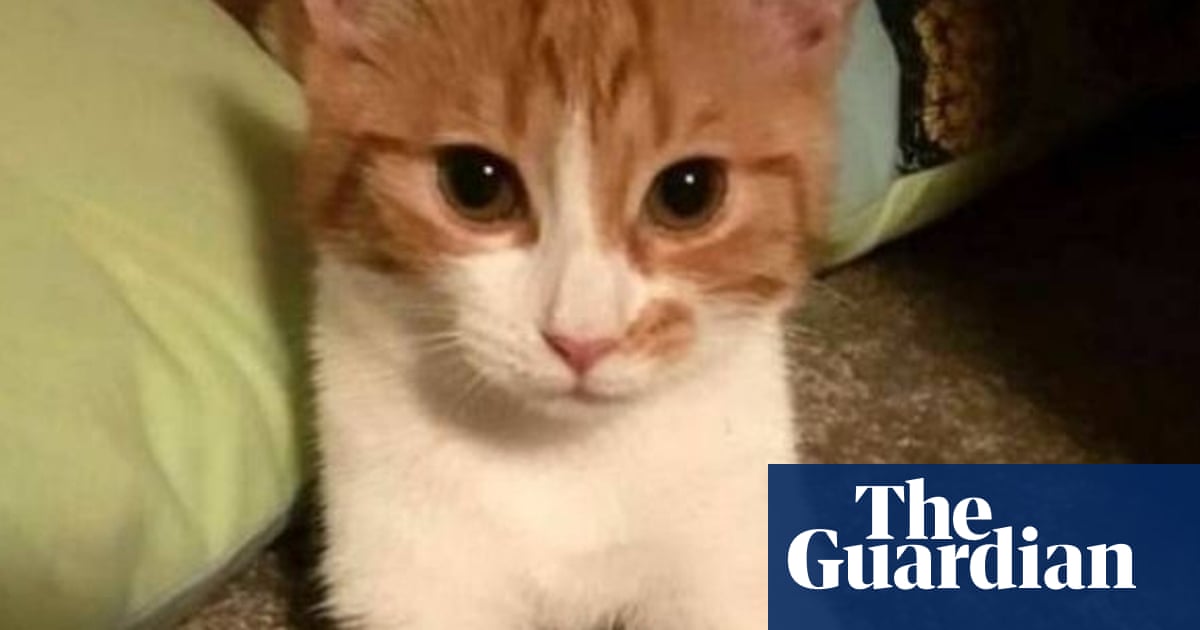 Forget cat ladies: the real tribes of modern dating, from fantasists to routiners

Finding a mate now involves navigating the perils of sword enthusiasts, 9/11 ‘truthers’ and the risk that it’s your beagle they really want, rather than you

Why, yes, said my guests, magnanimously – come along!

“Hang on,” said one man, hurriedly turning back down the hill. “I’ll run home and grab my sword.”

And that is how my party came to be gatecrashed by a stranger wearing a cloak and wielding a very real sword. That is also how I know that comedian Hana Michels was right when she declared: “Sword guys are a thing.” Writing on The Cut website in 2017, Michels defined the distinct type of “man who collects swords, values swords, or has ever used the phrase: ‘Respect the blade.’” Her authority? She had had sex with them. All of them, she said confidently. “I spent three years of my life with a man who owns a Klingon Bat’leth. And a cane sword.”

At its worst, dating can be thought of as an anthropological survey

One of the unintended consequences of the search for love is encountering members of small but distinct subsections of society with whom we would not ordinarily cross paths. The homogenising effect of dating-app algorithms pairing like with like may be denying us opportunities to discover a new “type”.

Dating is, at best, an enjoyable way of meeting new people and forging relationships. At its worst, it can be thought of as an anthropological survey, the results of which we can hopefully draw on years later and nod sagely: “Oh, yes. They’re a thing. And I’ve had sex with them.” These are the tropes and tribes of modern dating.

“There is no better demonstration of sexism in our society,” Michels wrote, “than the fact that we talk about cat ladies but not sword guys (and I do not mean to disparage either).” For what it’s worth, this list is intended in the same spirit. Cat ownership may be seen as an (often sexist) symbol of having given up on love, but in the search for it dogs are far more visible. Dating app users, especially (though not exclusively) straight women, love dogs. There is a reason men pose for photos with dogs they don’t own.

“A huge number of women have profiles with things like ‘Obsessed with dogs’; ‘Only swiping right for your dog’; ‘Looking for someone to get a dog with’ – it’s almost like a formula,” reports my friend, a straight man. He has a phobia, so rules himself out of responding to women who say on their profiles: “If you don’t like dogs, we can’t be friends.” And as an out-and-proud dog girl myself, the knowledge that a relationship is the most practical/feasible route to having one of my own is something that I actively have to counter in assessing potential partners: do I actually like them? Or would I just put up with them for a dog?

They say that they are looking for a relationship, but as you get to know them it increasingly becomes clear that this spot in their life is, in fact, already occupied – usually by the spectre of an ex, who they find cause to bring up all the time. Being with them brings to mind that Black Mirror episode where new partners have preordained expiry dates, and dating is merely a self-serving means of getting over somebody else. It is not always romantic baggage – sometimes there is an overly involved best friend or, heaven forbid, parent. Reddit’s relationships forum of 2.7 million members is full of threads questioning the closeness of grown adults to their mother or father. One representative summary reads: “I’m not sure if this closeness between my boyfriend and his mom is normal, or if this is ultimately going to destroy our relationship.”

The polar opposite of the above are those looking explicitly for A Boyfriend, or A Girlfriend – any one will do. They will hint about your moving in and “joke” about your wedding, uncomfortably early on. You’d have beautiful children together, they say, before they even know your middle name. They are usually Piscean, if you have any truck with that sort of thing. The most compelling case for astrology is that author Jonathan Safran Foer is a Pisces and he allegedly left his wife for Natalie Portman … without conferring with Portman first.

A spokeswoman for the Department for Environment, Food & Rural Affairs (Defra) said: “Neither Natural England nor Defra have received any credible reports of wild living or breeding big cats in Britain in recent years.

Some fantasies, of course, are co-created. There are some pairings where you so easily construct a cosy world for two – getting takeaway and watching telly, moving between the bed and the sofa – it is as if you have been together for years after a few weeks of dating. It’s not until you’ve finished all of The Wire that it dawns on you: have you gone anywhere or done anything together, beyond get brunch? Have you ever been in the presence of a third party?

Relationships can get surprisingly far on food, sex and the mutual consumption of content alone. It may be that, months in, you may not even have had an actual conversation – which is how I once came to discover that I had been going out with a 9/11 “truther” conspiracy theorist.

At the other end of the spectrum are people who will put a chair in front of a TV in an otherwise empty room, and call it a home; who own precisely enough crockery and bedlinen to serve their needs (just about) alone. Their only domestic concession to the jump from student living to adulthood has been putting their Reservoir Dogs poster in a frame. Substitute Le Chat Noir for women, because women can slum it, too – though let’s be honest: they usually don’t.These are the men (I’m just going to say it) whose friends and family, privately despairing over their living standards, might once have hoped some hapless woman would come along and “sort out”. Now, in these more enlightened times, they appeal to Queer Eye, as Laurie Penny wrote in The Baffler, to teach “basic life-skills like learning to clean your room and deal with your childhood traumas”. To quote the Queer Eye star Jonathan Van Ness: “What? You just said you have never shopped for a fucking mattress?!”

All the world’s a stage for this lot. With the slightest encouragement – and quite often none at all – they will be delighted to read aloud to you, or perform Under the Bridge on their acoustic guitar. The best-case scenario is that they find one another: think of the US businesswoman Jennifer Arcuri ’s happy reminiscence of her honeymoon period with our elected leader, where mutual quoting of Shakespeare’s Sonnet 29 had “a weird sense of foreplay”. Not that that ended especially well.

The biggest challenge of dating as a straight feminist woman, assuming you are looking for a life partner, is identifying a properly feminist man. There is a vast expanse of questionable grey area to navigate before you get to the unapologetic pick-up artists and misogynists – and even those are not always easy to identify from three old photos and an emoji bio. “Softbois”, for instance, present as emotionally open and in tune, and may simply be attempting to bond over bands and your mutual “brokenness” – or may be masters of emotional manipulation. (@beam_me_up_softboi, on Instagram, is a mind-boggling resource.)

After you have been single for any length of time, you tend to become an expert in how to make yourself happy. This is a mixed blessing. Yes, it is probably necessary for lifelong contentment, and certainly for happy and healthy relationships. But when you could write a user manual of many pages for yourself – down to optimum mealtimes, bedtimes and downtimes – you can get a bit, uh, rigid about sticking to it.

One of the most enjoyable parts of dating , anthropologically speaking, is the insight into the highly specific ways that other people live their lives. You would be surprised at how many people cannot get to sleep without an episode of Friends on Netflix, or white noise on Spotify, or the comfort of a cuddly toy – even when someone else is sleeping over, even for the first time.

Though they may sound fairly superficial, these preferences or quirks can easily prove the hurdles at which new partners fall. A couple of friends have ended promising relationships with night owls because they prefer being in bed by 9pm. Many people are also reluctant to compromise their diet or exercise regimen for a potential partner, meaning your choice of dating venue or activity might be determined by whether they are fasting, or cutting, or currently in ketosis or out. That’s not even to mention the teetotallers. How they do it, I’ve got no idea.