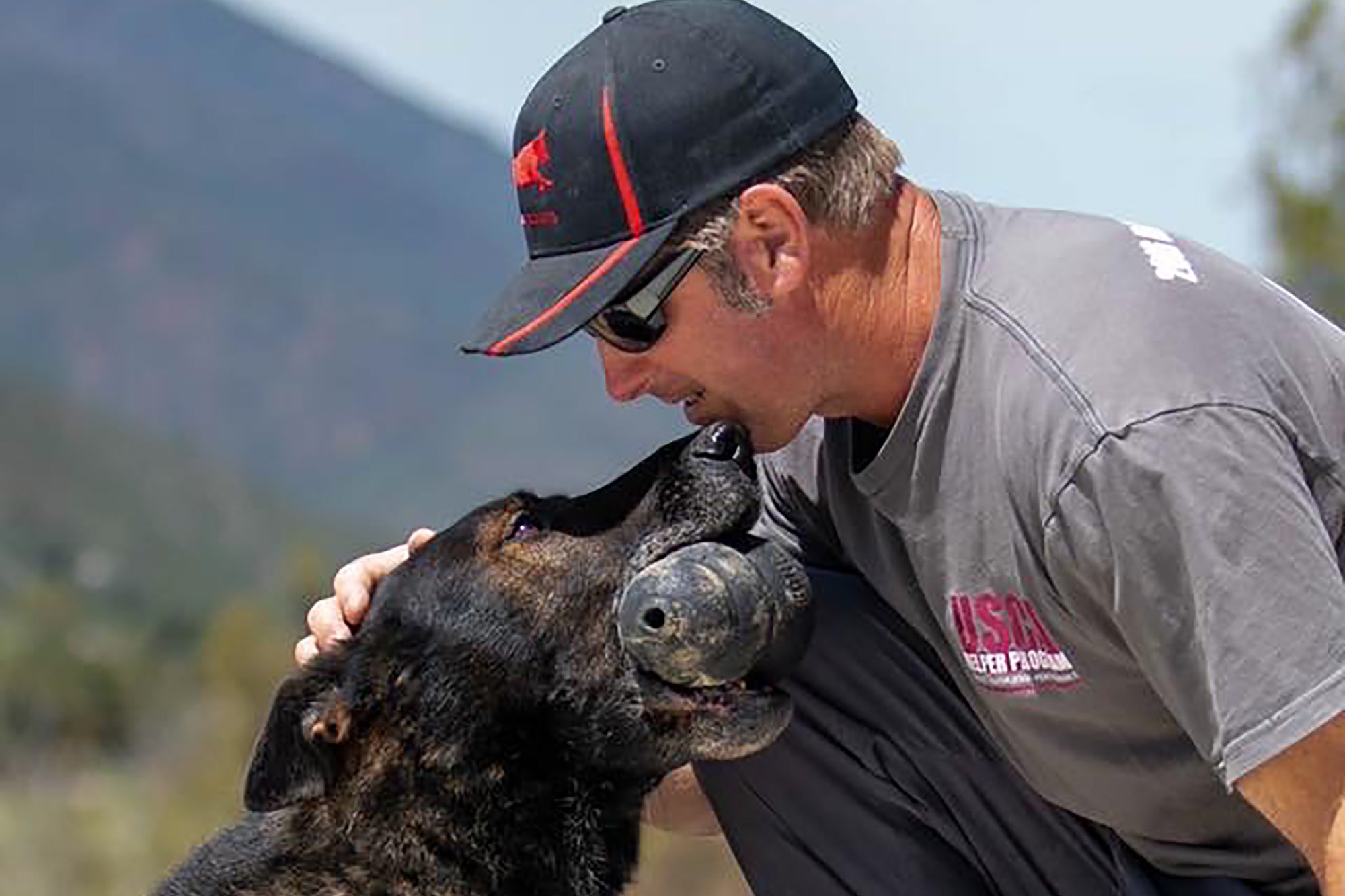 The 6-Figure Trainer: Kris Taylor of Taylor Made Working Dogs

First it was sourdough, now it's a puppy – I am a lockdown cliche

Back when I presented a lot of television programmes, some people were unkind enough to characterise me as a bit of an Alan Partridge figure. This was hurtful, not least because they had a point. I remember the moment I realised this. I was filming a series of quiz shows called, if memory serves, Perfect Strangers. I was perfectly rubbish at it, which is why it ended up being shown in the not very coveted 3.15pm slot on BBC Two. At the end of a very short run, it limped off into the oblivion of failed TV projects.

The Twilight craze led to Bella topping the pet name charts for both dogs and cats the year the final instalment was released, and it’s still the second most popular puppy name seven years later.

We recorded several shows a day, at breakneck speed. At the end of each one, I would rush to my dressing room, where a nice Australian woman called Paula would have my next outfit ready. While I stood there reading my notes, she would remove my trousers and shoes, and put new ones on. On one occasion I found myself glaring at her because she had seen fit to take a phone call before she had tied my shoelaces. I was astonished to realise I was annoyed at being left to tie my own laces.

Yes, I had become a cliche. It turns out this is something I must have a knack for, because I have realised that I have gone and done it again: I am now a different full-on cliche. I am lockdown man. There were two big trends last year. One was making sourdough bread, the other was getting a puppy. Although I had been messing with sourdough for many a year, I only went public about it in lockdown. On its own that was fine, as long as I didn’t go and get a puppy. But now I have gone and got a puppy. He is sleeping at my feet as I, almost sleeping myself, write this. We have just made it through our second night together.

Once I had made the decision to get a puppy, having never owned a dog before, I resolved to really do my research. The breeder recommended a book called Easy Peasy Puppy Squeezy. Once I had got past the title, I quickly became a devotee of its author, Steve Mann. His approach is to reward good behaviour to reinforce it, and to ignore – or distract the dog away from – bad behaviour. It makes perfect sense. I read, or rather studied, the book, making notes and checklists and establishing priorities. I got all the gear, including, as we live in a flat with a terrace, an idiotically expensive American contraption called a Porch Potty. This is a patch of artificial grass mounted on a wicker-effect plinth. It attaches to the outside tap and has two sprinklers (I am not making this up) to wash the wee away. In addition, it is adorned (honestly, I am really not making this up) with a miniature fire hydrant that looks alarmingly like a sex toy.Over the weekend, ahead of the puppy’s arrival, there was another development in which my twin worlds of cliche wrapped around each other and span into their own fundament: Steve Mann, my puppy-training prophet and spiritual guide, posted something on Instagram about wanting tips on sourdough baking. This was my chance to wangle a personal audience at my master’s feet. I sent him a loving email and before I knew it a Zoom call was arranged. He was brilliant. By now I was undoubtedly – in my head anyway – the most knowledgable and accomplished puppy trainer in my parish.

But then I got the puppy.

In the haze of the past 24 hours, a couple of sporting stories have come to mind. One is the training exercise that football teams sometimes do to work on their tactical shape. They play 11 players against no players. Some fellow West Brom fans who used to watch our team training once swore to me that they had seen us doing this XI versus 0 routine and still fail to score. Setting that aside, though, obviously your tactical shape can be geometrical poetry when pitted against fresh air. Eleven opponents, however, will disrupt matters somewhat. I feel like I am tackling 11 puppies not one. As Mike Tyson famously said: “Everyone has a plan until they get punched in the mouth.” No planning can prepare you for the real thing.

My pup, to be fair, hasn’t punched me in the mouth. But I would honestly prefer it to the sheer disappointment of turning my back for a second, only to see a pile of you know what deposited right there on the carpet. In my mind’s eye I imagined I would simply take him outside; plonk him on the Porch Potty; watch him do his business; praise him lavishly and pop a treat into this mouth to reinforce such desirable conduct. Instead, I watch him like a hawk until he soils the carpet and only then do I whisk him outside to put him on the Porch Potty. I sit and look at him; he sits and looks at me. I am reminded of this line from Evelyn Waugh’s Scoop: “William gave it up. Mr Salter gave it up. They sat staring at one another, fascinated, hopeless.”

Annually the prestigious dog show is organised by The Kennel Club, which is also the major body responsible for the naming and registering of pedigree dogs.But for a purebred dog to be considered pedigree, the dog must be registered by an organisation such as The Kennel Club.

I might call him Mr Salter, actually. Because even his name is giving me trouble. Having seen a photograph of the former Yugoslavia’s Marshal Tito in a Croatian television drama on Walter Presents, we joked about calling our future dog Tito. This seems to have stuck and nothing else sounds quite right, but I am fearful of attracting any political upset among my Croatian family and friends. Alternative names include Igor, Blago, Boster, Bruce, Slav, Badger and Parsley. Some puppymeister am I, when I can’t even sort a name out, let alone a toilet routine.

Matthew Taylor, of the Royal Society of Arts, the only public intellectual in my friendship group, has said some right clever things to me in my time. None cleverer than his view on new puppies: “They’re like babies but without nappies.” Never mind your Porch Potty; puppy nappies must be my next purchase.In the meantime, I will struggle on. Mann says the key to it all is establishing regular eye contact with your pup, in fact rewarding him whenever he looks at you. This is proving problematic, as Tito/Mr Salter never takes his eyes off me. With a baleful mixture of confusion and adoration, his eyes pose this question to me with his every waking hour: “What on earth do you think you’re playing at?” I adopted a dog on TODAY a year ago. Here's why it was the best decision

Oh yes, I never mentioned the breed. Need you ask? His mum is a comfort retriever and his dad the dandiest of big poodles. So, in keeping with the cliche, he’s a doodle, obviously.