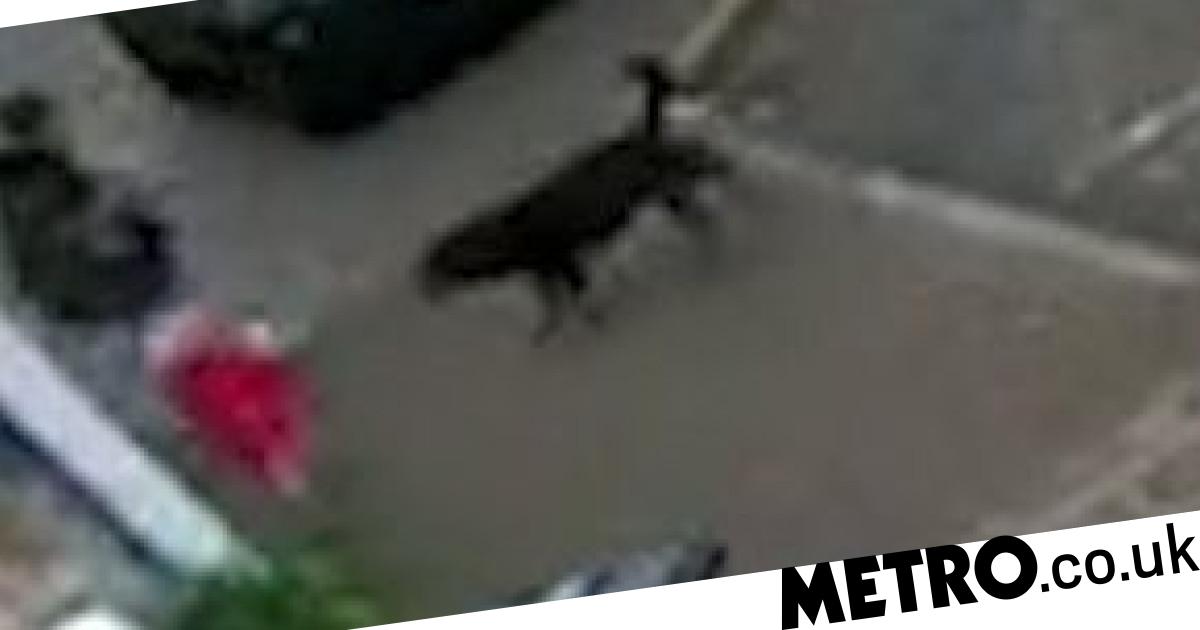 Dog runs off with news reporter’s microphone, is still a very good boy

A TV weather report in Russia didn’t quite go according to plan when a dog seemingly came out of nowhere and stole the reporter’s microphone while she was speaking live on camera. For weather reporter Nadezhda Serezhkina, it was a standard day at work at news channel Mir TV, letting viewers know that the cold winter in Russia is gradually warming up as spring settles in. However, she was completely caught off guard while speaking to fellow news reporter Elina Dashkueva in the studio when a Labrador retriever called Martin jumped up and grabbed her microphone in his teeth, giving her barely any chance to react.

Before the adorable dog disrupted the news broadcast, Nadezhda was saying: ‘Hello Elina, spring has arrived in Moscow, the temperature will be +8C, +9C,’ while standing by the Sparrow Hills in Moscow.

As the dog bounded towards her and snatched the mic, she appeared startled for a second before promptly chasing after him, the whole encounter captured on film.

Nadezhda could be heard shouting: ‘Stop, come here,’ as she ran after Martin, while passers-by continued to stroll around her.

A stunned Elina informed viewers from the studio that ‘given all this, the connection with our correspondent is lost,’ adding: ‘We will try to connect with her again now.’ When the camera returned Nadezhda, it was confirmed that not only had she been able to retrieve the microphone, but she’d also gained a new canine friend in Martin, as he joined her for the rest of the report.

‘As I can see, no one was injured, but the microphone took a bite or two,’ Elina remarked while smiling.

WHILE reporting the weather for a live news segment, reporter Bob Barnard could not help himself when a cute puppy ran from out of camera shot to greet him.A dog crashed Bob Barnard's live weather report.

‘Elina, as I said, the weather is truly perfect, just right for walking your dogs… That’s all from me,’ Nadezhda said while crouched beside Martin, stroking the clearly very happy dog.

Nadezhda then ended her report by shaking the dog’s paw, as he licked the microphone he’d almost got away with stealing.

Who knew a supposedly ordinary weather report could be so entertaining!

People on Twitter were absolutely loving the interaction, with one person commenting: ‘Humans, this is how you do news. Replace it with dogs taking things and you running after them.’

‘This made my day at the end of a long week,’ someone else remarked.