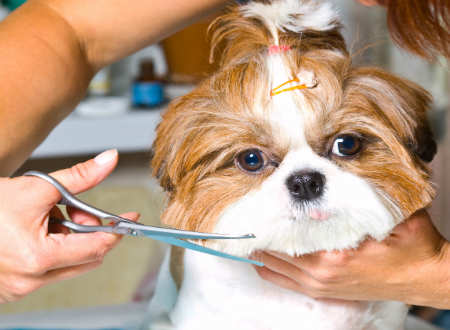 A hunt is under way for a man caught on CCTV abandoning a dog at the roadside and driving off.

The pet is one of an expected 10,000 animals the RSPCA predicts will be dumped this winter.

Animal-rescue charities across the UK are bracing themselves for an influx of dogs and cats over the festive season and in the New Year from owners who lose interest or say they are unable to cope with a pet.

The latest CCTV footage shows a car in Stoke-on-Trent pulling up at the side of the road and a man leaving the passenger side carrying a dog bed and leading a black-and-white Staffordshire bull terrier-type dog.

He leaves the dog bed on the pavement and unclips the lead, before racing back to the car as the distressed animal follows him and repeatedly jumps up at the window while the car is parked.

The driver seems to hesitate but when the car moves off, the dog tries to give chase.

Within an hour a passer-by found the dumped animal sitting in its bed and took him to a local vet, who called the RSPCA.

The charity called the act “callous and cruel”.

Inspector Natalie Perehovsky said: “The footage has to be seen to be believed – it’s just awful.

“To see the poor dog in such obvious distress jumping up at the car as it drives away it just heartbreaking.

“It beggars belief that someone could abandon a dog like this at Christmas, but we are so thankful to the kind people who found Snoop sitting sadly in his bed, for taking him to the safety of a vet straight away.”

“The vets scanned his microchip and we have traced two previous owners but do not believe either are the current owners, and therefore not responsible for abandoning the dog.”

It happened just days before the government announced a ban on sales of puppies and kittens by pet shops.

Ms Perehovsky appealed for information on the dumping, which was recorded a week ago.

“One man can be seen clearly in the footage dumping the dog, and there is a second person in the driver seat. I am very keen to hear from anyone who recognises the vehicle, the man or the dog.”

The dog, which has been nicknamed Snoop, is a white Staffie with black markings, about two years old, and is being cared for at a private boarding kennels.

The Blue Cross, the Dogs Trust and Battersea Dogs and Cats Home are among those forced to take in extra animals at this time of year.

RSPCA chiefs say that based on the past three winters, they expect more than 10,000 animals to be handed over to them.

Ms Perehovsky asked anyone who recognised the car, the dog or the man in the footage to ring 0300 123 8018 in confidence.