Signs your dog has heatstroke 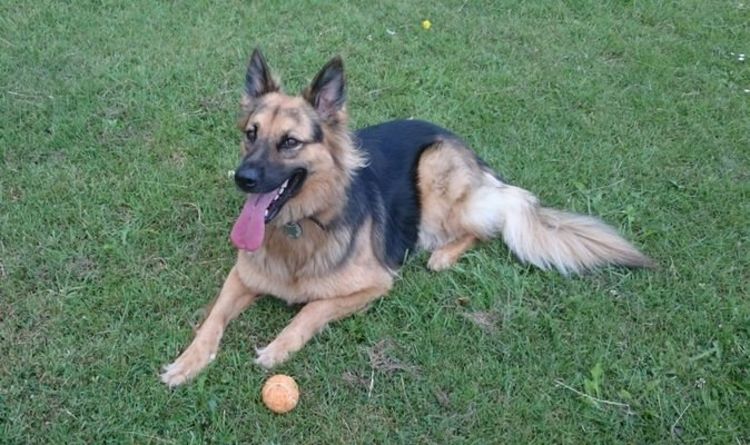 We’ve all been taken in by something that appears much grander than it really is – a pitfall made all the more common by online shopping and Instagram ads.

One poor dog has learned the lesson that objects online might not be what they appear.

Darcy, a two-year-old Newfoundland who absolutely loves the water, was looking forward to cooling down in the heat in a doggy pool her owner, Chelsea Sparks, had ordered online.

But when the ‘pool’ arrived, it was the size of a water bowl.

B&M is selling a dog paddling pool, so your pooch can cool off

Poor old Darcy was left terribly disappointed. Chelsea, 28, from Shorne, Kent, wanted to get Darcy her very own pool ahead of the heatwave, and was excited when her stepdad called to say he’d found a bargain pool for just £15.Her stepdad told Chelsea the pool might take a while to arrive as it would be coming all the way from China.

Six weeks later, Chelsea received a tiny package in the mail, with a miniscule ‘dog pool’ inside.

Lawyer Chelsea said: ‘Darcy absolutely loves water. Every time we take her to the dog park she gets straight in. So when the weather picked up my stepdad ordered her a pool online.

‘He described the pool as a ‘bargain’ and said we may have to wait a little longer than usual as it was coming from China.

‘When it was delivered we didn’t know what it was as it was folded up so small.

‘When we realised it was the dog pool we thought it was hysterical. We then put the pool next to Darcy and took a photo.’

Chelsea said her stepdad had seen the pool advertised on Facebook with pictures of big dogs getting in and out of it with ease.

Some of the dogs enjoying the day (Picture: Katielee Arrowsmith/SWNS)A swimming pool in Scotland held their first ever doggy swim day so pets could splash around alongside their owners.

Despite feeling scammed, both she and her stepdad thought it was hilarious and decided to post it online, where photos of disappointed Darcy quickly racked up nearly 20,000 likes, comments and shares.

Chelsea added: ‘We think it may have been a scam, however we were so entertained we didn’t give it much thought.

‘My stepdad isn’t very technical so he didn’t realise. He hasn’t contacted the company yet, I am going to help him with this in the coming days.

‘We sent photos to our friends, who all thought it was comical. That is when I decided to post it online to a dog group, as I knew they would find it funny too.’

Don’t worry too much about Darcy. After the initial disappointment, the pup was treated to a new family-sized pool ordered from Amazon.

It turned up as advertised, big enough for Darcy to clamber in and out of and have a nice soak.