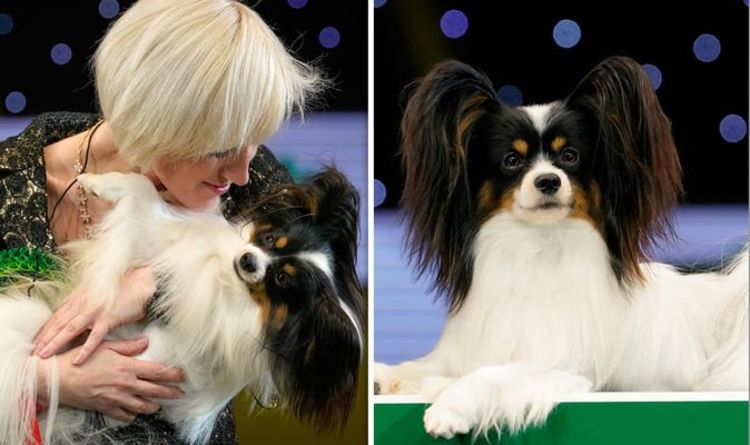 Kratu has made up his mind. He ain't wastin' no more time. And here he goes again on his own, goin' down the only road he's ever known.

A lovable rescue dog named Kratu had the crowd and announcer in hysterics when he adorably went his own way at his own pace during an obstacle course race at the Crufts dog show in Birmingham, England, last week.

This is the second year in a row that a befuddled Kratu has stolen the show with his meandering trip through the course, where obstacles are more suggestions than mandatory for him. The Carpathian-Mioritic mix has become a fan favorite by hilariously ignoring British owner Tessa Eagle Swan, who rescued him from a dangerous situation in Romania by when he was just a few weeks old.

And if you think it must be frustrating to try to get him to do what he's told, Swan is way ahead of you.

"As a teenager he was incredibly hard to train!'' Swan told Crufts in an interview. "He was so stubborn and determined to do what he wanted. He makes me laugh with his antics. He loves to perform tricks and does them all the time.

"He is a natural clown which makes it interesting and fun. If he doesn’t like something he won’t do it. He really loves to please me but mostly himself! He is such a big character who will try to do what he wants rather than what I am asking. He is challenging and quite determined."

Snooze, you lose! Dog tugs sleeping puppy off couch to snuggle with owner

He is the polar opposite of Gabby, the 8-inch-tall papillon that blazed her way through the obstacle course at the Westminster Kennel Club Dog Show last month, giving the crowd whiplash as she zigged and zagged.

Kratu didn't win any prizes for taking the slow and steady and go-where-you-want approach, but it still earned him a standing ovation from the crowd after he left the course.

He knows it's all about the journey, not the destination.