A dog was so traumatised by fireworks she collapsed in shock and injured herself, her owner revealed as the RSPCA warns this year’s Bonfire Night could be the worst in decades for animals. Pet owner Julie Lumley-Pistor, from Portsmouth, Hampshire, said it took her ‘usually happy’ Staffie Ava two hours to calm down, after she started hyperventilating in fear at the sound of a display. Julie had gone out with her husband for dinner at a friend’s one evening in August at about 7pm, leaving their two dogs at home. 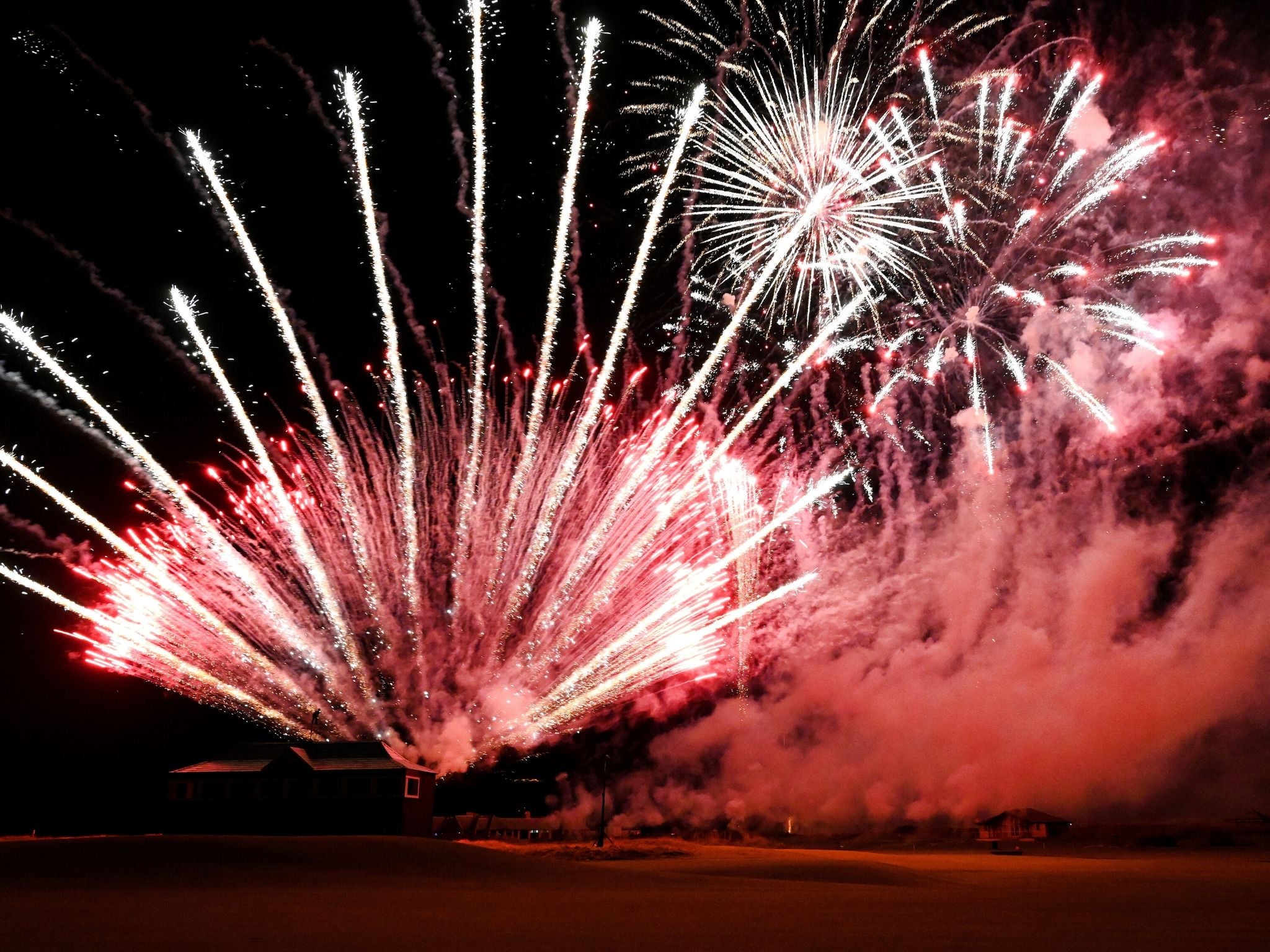 Around an hour-and-a-half after they left, a neighbour let off ‘extremely loud fireworks’ to celebrate a birthday.

Julie said: ‘When our daughter returned home at around 9.15pm she found Ava collapsed on the bed, hyperventilating and surrounded by splatters of blood.

‘We returned home right away and spent almost two hours calming her down and getting her breathing back to normal.

‘Ava had clearly been incredibly shocked and frightened by the fireworks and, in her panic, had cut herself. It was heartbreaking to have seen her in such a state.’

As more look to host their own home DIY firework displays this November due to Covid-19 restrictions cancelling public events, the RSPCA has warned this Bonfire Night could be more traumatic than usual for animals.

Every year, hundreds of calls are made to the animal welfare charity about fireworks affecting animals – amounting to 1,543 over the last four – and this year is expected to be no different.

A poll found 21% of UK adults reported owning, knowing or hearing about an animal that had tragically died as a result of fireworks, the RSPCA said, as it called on the Government to introduce tighter regulations on the sale of fireworks.

The charity is urging people to be considerate of neighbours with animals and warn them of plans in advance.

Animal welfare expert Dr Mark Kennedy said he understands the public enjoy celebrating Bonfire Night with fireworks and they ‘don’t want to spoil the fun’, but urged residents to be considerate of animals.

He added: ‘Unfortunately, lockdown measures this year mean that very few organised, public displays are likely to go ahead and we suspect this means lots of families will be choosing to have their own displays at home.

‘Due to the Rule of Six and the restrictions on households mixing, we fear that there will be lots of little displays taking place over weeks and weeks, spreading out fireworks noise and causing prolonged distress for animals.

‘We’d urge people to be considerate and keep neighbours with animals, including those with nearby horses and other livestock, informed of plans well in advance so they can make preparations to reduce the stress to their animals.’

Last year, a pet owner told Metro.co.uk how her Labrador cross Suzy went blind after the lenses in her eyes ‘popped’ during a firework display .

Molly the 18-week-old puppy died of a heart attack after being left terrified by fireworks, leaving her owner devastated.

A horse called Harry also became so frightened by rockets going off in a field, he impaled himself trying to jump over a fence to escape.

The owner of the stables said of Harry’s injuries that she had ‘never seen anything like it’ and would take him months to recover.

Ahead of this year’s Bonfire Night, the RSPCA has renewed its #BangOutOfOrder campaign calling for tighter control over the sale of fireworks in a bid to help animals who suffer with firework phobias.

It is urging the Government to only allow displays that are held by relevant licensing authorities, with information provided to residents weeks in advance to prepare.

The charity wants the maximum permitted noise level of fireworks for public sale to be reduced to 90 decibels. The current level allowed is 120 – the equivalent to a jet taking off, said the RSPCA.

It is also calling for the private use of fireworks to be restricted to agreed traditional dates, such as November 5, New Year’s Eve, Chinese New Year and Diwali.