Debt Diaries: I lived in a van after getting into over £30k of debt

Money and I have always had a love/hate relationship. Throughout my 20s and 30s I would spend everything I had, not worrying about saving for the future. I got into a bit of debt here and there, but not more than I was earning and I always had enough to make the payments.

As a self-employed writer, my irregular income made budgeting difficult but for years I made it work – just.

It only became an issue in 2018. I lost a big work contract and my income disappeared overnight. I struggled to find other gigs so I turned to credit cards to pay for bills and everyday expenses like prescriptions and food. 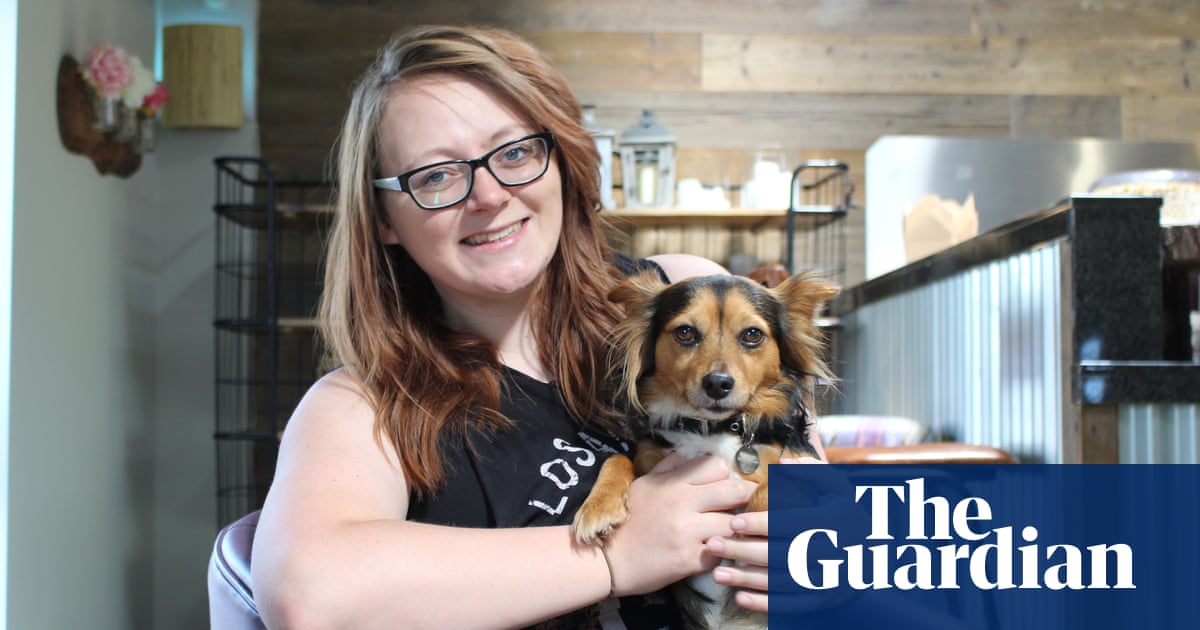 I knew it wasn’t ideal but I didn’t have any other option and figured I would get more work and be able to pay it off.

The more I put on credit, the more the companies upped my spending limit. I was surprised as I was only paying off the minimum each month but now I realise that’s how the spiral of debt begins.

I managed the debt OK at first, moving it from one card to another to take advantage of 0 per cent interest offers. Then I started to ignore it.

At Christmas my dog, Sydney, became ill, developing a serious limp. Vet X-rays alone were £600 and she also needed an MRI at £3,000. I couldn’t afford it but she was my family – I had to try. My friends suggested a Crowdfunding page and while I didn’t want to beg, I did it. It raised just over £1,000 – not enough for the MRI but it covered X-rays and Sydney’s medication for a few months.

I met so many other people on the streets who were there because of job losses, relationship break ups, losing their benefits or making a couple of bad decisions.

Incredibly 10 months later she is still here but finding £100 each month for her medical bills is a great source of stress. Money from the odd bar shift and occasional writing jobs just about covers it.

By April this year I was still struggling, so I rented out my house and moved into a van for six months. I made the most of motor-home life – I was warm and dry – but the rent money gave me just £350 each month to live on.

On several occasions I have had less than £5 in my pocket after paying my mortgage, Sydney’s drugs, food and fuel.

One day, I had only £3.30 to my name. I had to decide whether to spend that on food or fuel in the hope I could make it to the food bank and hope that I could somehow come up with more money.

I have struggled with depression and feelings of despair. I am now in £37,000 worth of debt and even with full time work, it will take me decades to pay off what I owe.

I wouldn’t have got through this without the help and support of my friends who have fed me, lent me money and given me emotional support. Having Sydney by my side has been invaluable – no matter how down I have been, she has always managed to cheer me up.

My experience has shown me just how easy it is to get into huge amounts of debt. It’s so convenient to pay for things on a card but before long, thousands can soon be frittered away and it’s only when you calculate the repayments you realise it will take 20 times longer to pay it back.

It’s very easy to risk, and lose, everything you have worked so hard for.

I wish I had taken the bull by the horns sooner rather than waiting until I was over £30,000 in debt. But when you are in crisis, it can be incredibly difficult to think clearly or see any sort of solution.

While living in the van I met so many other people on the streets who were there because of job losses, relationship break ups, losing their benefits or making a couple of bad decisions. It made me realise that homelessness is a very real threat for a lot of people.

I have closed down my usual bank account and opened a basic one with no overdraft so I cannot get in debt again. I finally confronted all of my creditors, explaining the situation – most have been good and some have even shown kindness and empathy.

Some passed my case on to debt agencies that sent aggressive letters that have stressed me out further. I have called many of them in tears, as paying even a few pounds meant I could not afford to eat.

I am now paying £1 per month to each of my creditors and have decided to sell my house. I was planning to have it as my pension but the stress of being in debt has been too much.

When it’s sold I hope I can start again, without the black umbrella of debt hanging over my head. I am hoping to be able to afford a small place, without paying the bank hundreds of pounds of interest every month so I can enjoy life. The one thing I know for sure? I will never use credit again.