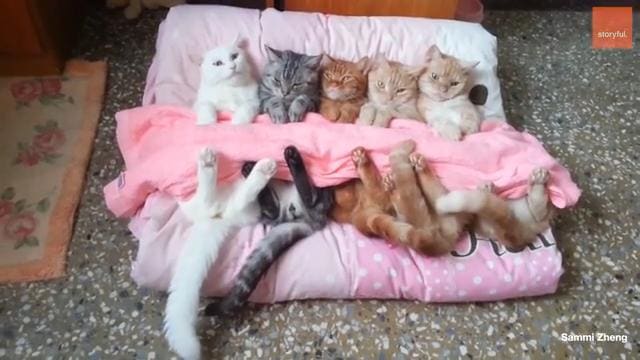 Someone along the way we definitely did something right and perhaps our reward was the gift of cats! From the tiniest of kittens to the biggest of jungle cats one thing is certain; there’s a good chance of them stealing your heart. Credit: Various via Storyful 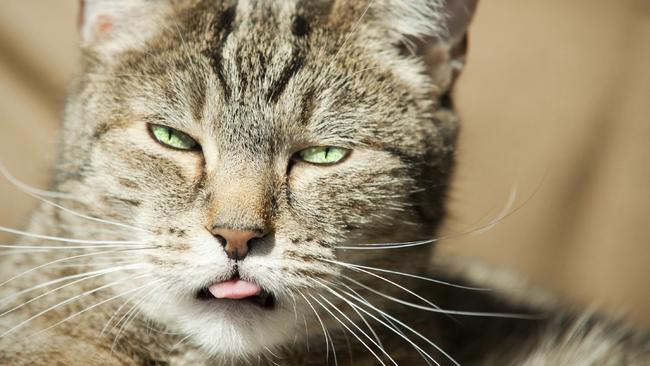 If you ever doubted who was really in control (you or your pet cat), this Fancy Feast survey will settle it.Source:Supplied

CATS were once worshipped as gods. Now a survey of feline influence over each Australian state reveals things haven’t really changed all that much.

The fresh look at Australian attitudes reveals the subtle differences in attitude and behaviour human staff have towards their furry overlords.

The survey was part of a marketing campaign by Fancy Feast to coincide with the launch of a new collection of ‘premium cat accessories’, designed by Australian fashion designer Leona Edmiston.

And it actually seems they’re on to something.

It’s men who spend the most on their furry friends. But women are by far the most affectionate, with more than one in three admitting to spending considerable time stroking a cat every day.

And cat carers in four mainland states admit to being totally within the power of their feline masters, seeking to please them in just about every way possible.

But it’s New South Wales that leads the way in dressing them up … No doubt driving the doyenne of Australian Fashion design to shift her focus from the catwalk to the cat’s coat. New South Wales owners are the most likely to admit they dress up their cats. Other states are more ... circumspect. Picture: AAP / Angelo Velardo.Source:News Corp Australia

South Australian cats are the country’s most pampered, with 59 per cent of respondents admitting they’re regarded as an integral part of their family. In fact, 50 per cent go so far as to admit they think of them as ‘fur babies’ while 17 per cent feel they have a ‘psychic’ connection. Which is a worry as Adelaide cats appear to be among the country’s most indecisive, regularly demanding doors be opened to go outside — before turning around and coming back in.

EXPLORE MORE: Cats had early victory over dogs in battle for world dominance 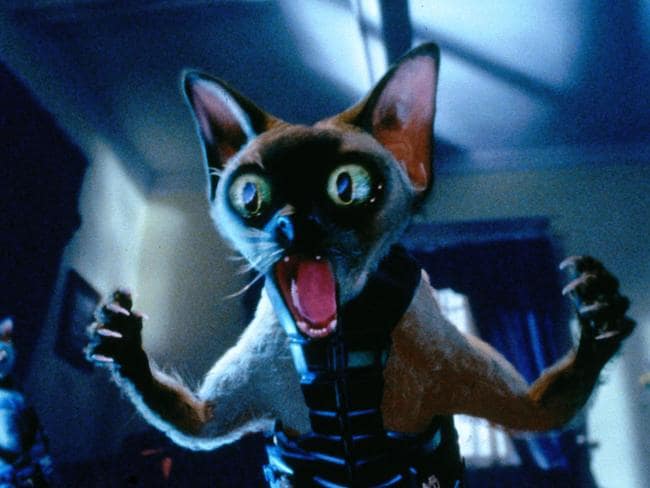 Time to wake up! Some 24 per cent of NSW cat owners say their feline overlords don’t respect their sleep ... Picture from the movie Cats & DogsSource:News Corp Australia

New South Wales carers are a bit more pragmatic. Only 16 per cent admit they love their cat as much as their children (though this figure is suspect, as another 16 per cent actually admit to dressing up their pet). Which may explain why Sydney cat overlords appear to be cranky, with 18 per cent of respondents saying their cat openly dislikes their friends, partners or family. The same amount like to pull over Christmas trees and house plants - while one in four say their cats insist on waking them up before their alarms go off.

REVEALED: How cats used the Vikings to conquer the world Victorian cats are into their food. They managed to convince 25 per cent of their carers to spend up big on gourmet food and tasty treats. And yes, they’re also into social media — with 10 per cent having their own accounts. This could also explain why nine per cent have had professional photographs taken. Which is not surprising as 19 per cent of Melburnians say the cats openly manage the household. 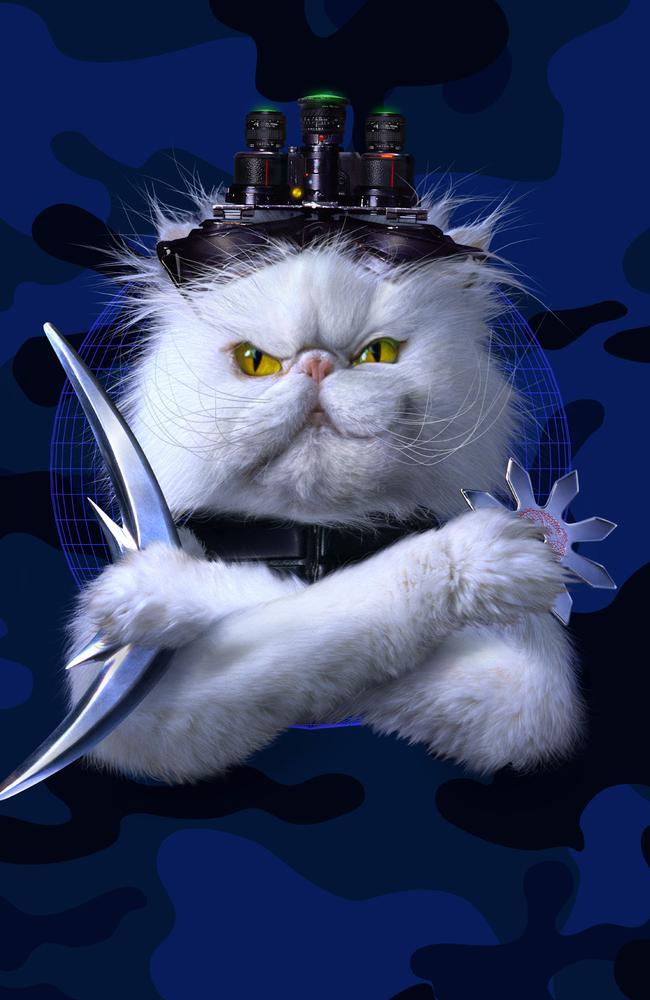 There’s a war on for your hearts ... and it seems cats are winning. Picture: Cats &DogsSource:News Limited

Queensland cats are among the harshest rulers. Twenty per cent of survey respondents admit they were coerced into cancelling planned holidays to ensure their pampered pets remained happy. It also seems cat plans to integrate humans into their culture is more advanced in the Sunshine State, with 37 per cent of those surveyed admitting they regularly ‘meow’ and mimic feline noises in an attempt to communicate.

Purina PetCare Australia Head of Marketing, Nathan Hill, said: “Our research confirms the undeniable trend Australians love spoiling their cats more than ever and want to indulge them with luxury items. This is why we’re again working with Leona Edmiston on a new (collection) of upscale designer items for the truly fashionable cat.”