Can dogs eat Christmas pudding or sprouts? 9 Christmas foods not to feed them

Christmas can be an exciting time for pets as well as humans, after all, what dog doesn’t love treats and what better time to treat your four-legged friend than with some gifts under the tree or in their very own stocking ?

However, not all festive treats are suitable for dogs and this includes much of the food on your Christmas dinner plate.

While it may be tempting to drop a few leftovers from your plate into your pooch’s bowl, they may not thank you later for it and it could make them quite ill. 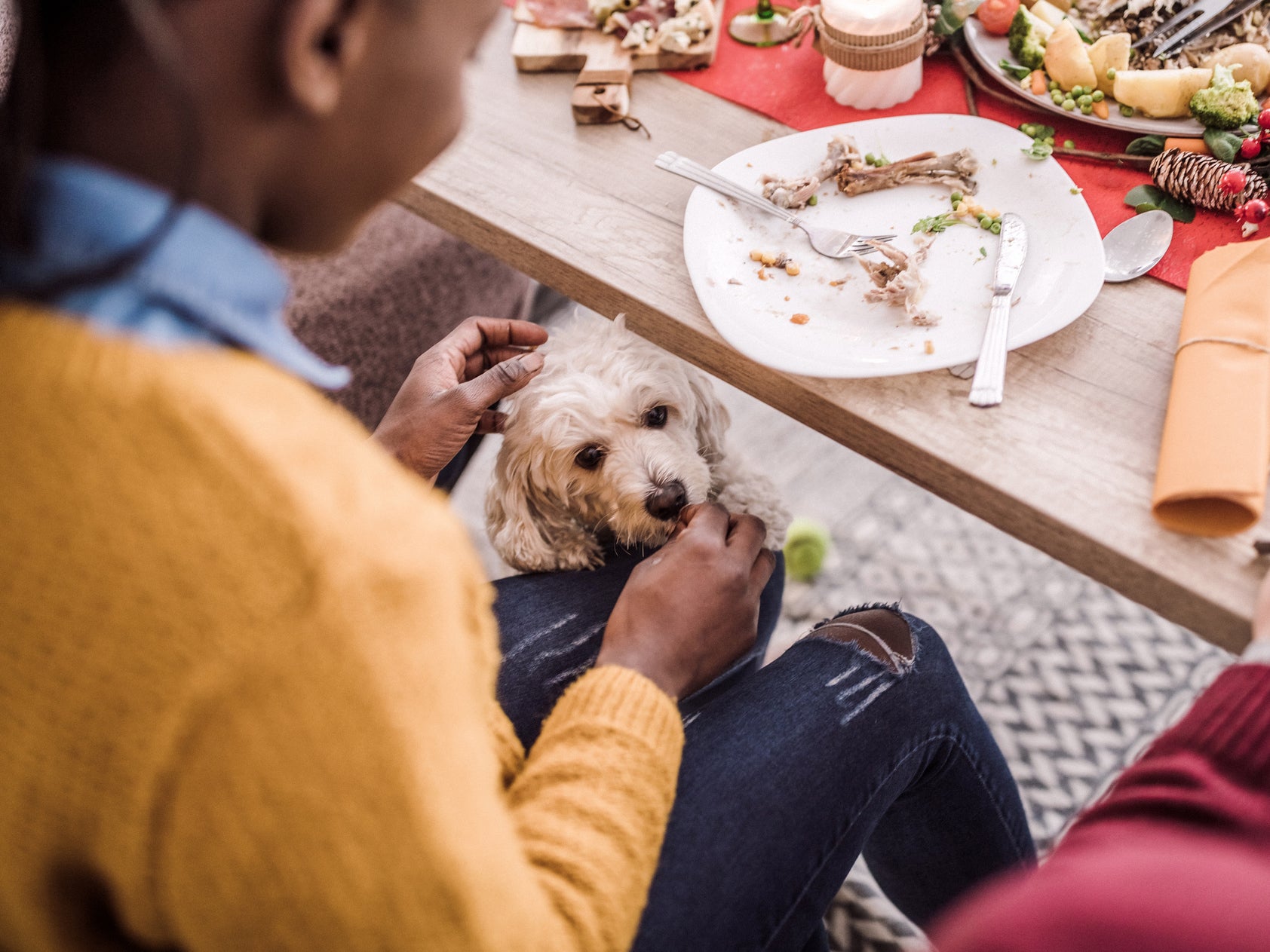 Pet food experts from PurePetFood.com have revealed a list of seven common Christmas foods and ingredients that could actually prove pretty bad for your canine companions.

Grapes and their dried products like currants, sultanas and raisins are toxic to dogs, and ingestion of even a small quantity can cause severe kidney failure. This includes food items that contain these products, like Christmas puddings and mince pies.

How much chocolate can a dog eat?

Ideally, none. Giving dogs chocolate – no matter the type or quantity – should be avoided at all costs. The chemical theobromine, which is a bit like caffeine, is found in chocolate and is toxic to dogs. Even small amounts can cause agitation, hyperexcitability, tremors, convulsions and problems with the heart.

The Blue Cross advises: ‘Veterinary treatment should be sought for any dog ingesting more than 20 mg/kg of theobromine – that’s equivalent to 3.5 g/kg of plain or dark chocolate and 14 g/kg milk chocolate.’

Onions, garlic, leeks, shallots and chives all belong to the Allium species of plants and can cause toxicity, whether cooked or raw. Initially there can be vomiting and diarrhoea, but the main damage it causes is to red blood cells, resulting in anaemia. These symptoms may not show straight away and could take between 2 to 4 days, but as soon as you suspect poisoning, call your vet immediately.

Can dogs have gravy?

As it’s a staple on the Christmas dinner table, lots of people will give their dogs Christmas dinner leftovers which are smothered in gravy, but it’s really high in salt so should be avoided.

Their intolerance to lactose products such as milk and cheese can cause stomach upsets, diarrhoea and vomiting.

There’s often a lot of alcohol around at Christmas, but you should make sure it’s kept well away from your dog. Intoxicating your dog with alcohol is very dangerous, causing some of the same effects we have when we consume alcohol. Even small amounts found in cooked food should not be given to your dog, and veterinary assistance should be sought straight away should your dog accidentally ingest some.

Artificial sweeteners can be poisonous to dogs

A sugar-free sweetener called xylitol is often found in the sweets we consume over Christmas, as well as chewing gums, mouthwashes, and toothpastes. It is poisonous to dogs and, although the amounts in different products vary, even a couple of sweets could cause toxic effects in a small dog. It can induce the release of insulin in the body, resulting in low blood sugar and sometimes liver damage. Signs of poisoning can be rapid or delayed, and include vomiting, lethargy, convulsions and comas.

Can dogs eat sprouts? What Christmas food can they eat?

A spokesperson for Pure Pet Food commented: ‘If you do want to treat your dog this Christmas, buy a specially made Christmas dinner for dogs, or stick to safe human foods like turkey meat, Brussel sprouts, potatoes and carrots.’ The RSPCA recommends that any turkey given to dogs is not on the bone and make sure it’s not covered in fat, salt or gravy.

They also advise: ‘feed treats in moderation as extra weight can lead to health problems.’