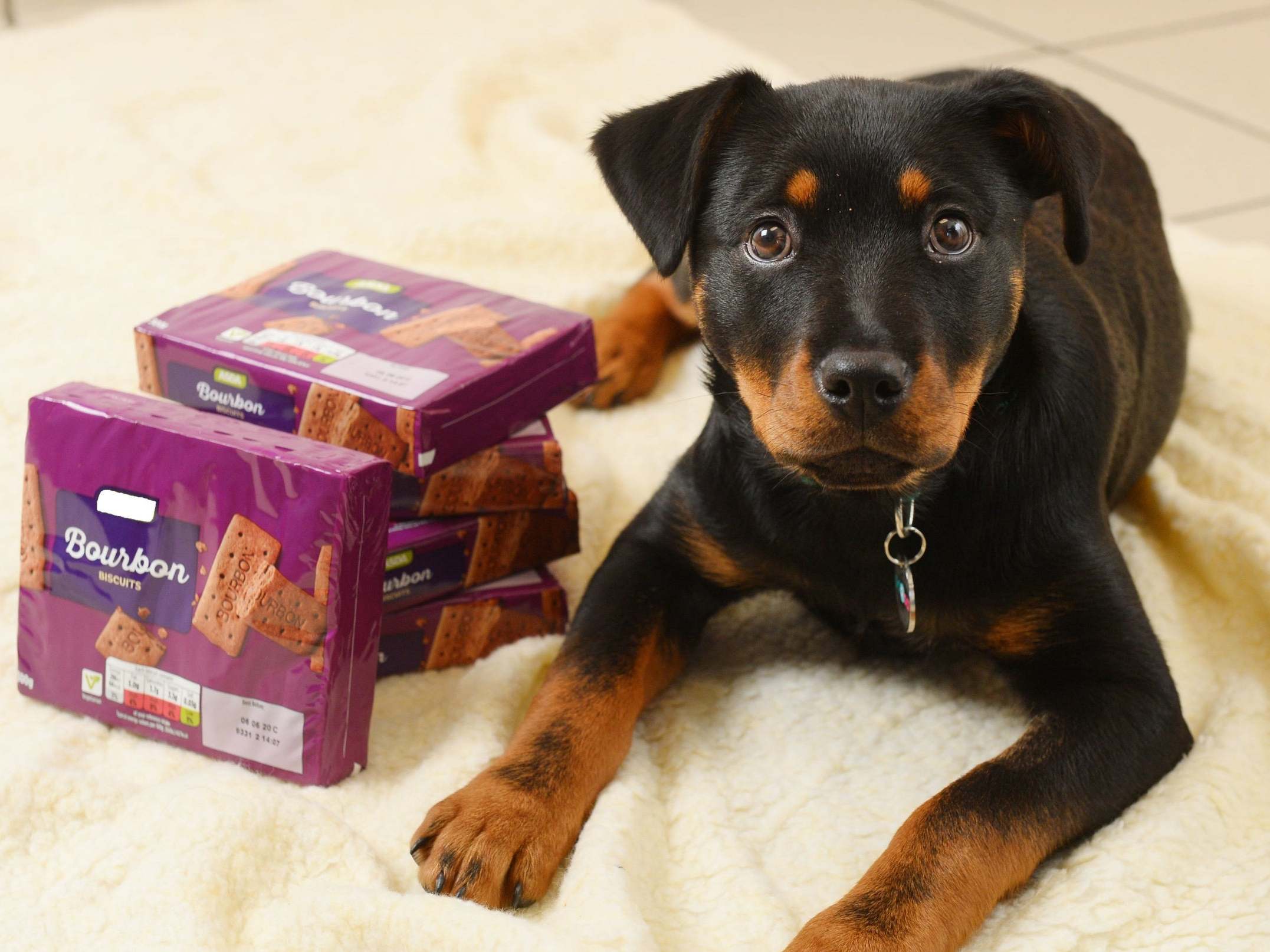 Louisa Davis heard a scuffling coming from the kitchen and thought her dog Bonnie was just playing with something.

But she was shocked when she found that Bonnie had managed to get herself well and truly trapped in a can of tuna after sticking her head in the recycling bin.

The ten-year-old Staffordshire Bull terrier cross, had been given her favourite fish as a teatime treat, but when her owner threw the discarded tin in the recycling bin, Bonnie saw her chance for an extra helping when Louisa wasn’t looking. 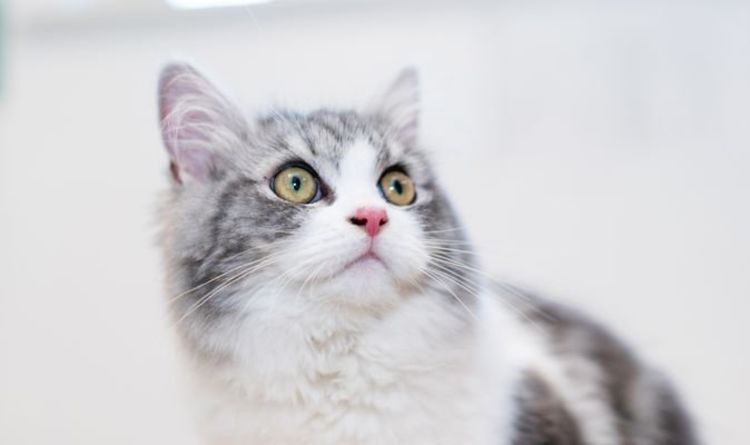 Louisa, 45, from Nottingham said: ‘We heard some scuffling in the kitchen and the next thing we saw was a tuna can stuck to her face! It was shocking to see. ‘Her tongue was trapped in the can and I tried to remove it myself but the tin was so sharp I didn’t want to make it worse and badly cut her. I called PDSA to see if they could help, and they told me to bring her straight in.’Louise took Bonnie to Nottingham PDSA Pet Hospital, where vets are running an emergency-service during lockdown.

Poor Bonnie was in pain and becoming increasingly distressed.

PDSA Vet Sarah Campbell was worried about removing it while Bonnie was awake so she was given an anaesthetic.

Sarah said: ‘Once she was under the anaesthetic the can was relatively easy to remove. We were able to carefully remove it so the cut to her tongue was small and luckily she didn’t need any stitches.

‘It was a very unusual case to see, which could have become very serious if the tin had cut the tongue deeply. But thankfully we were able to remove the can safely and Bonnie was able to go home the same day to recover from her ordeal.’

Hero dogs of London attacks at Borough Market (Image: PDSA)Nineteen search dogs played a vital role in the aftermath of the onslaught on the capital, seeking suspects and detecting explosives to keep the public safe when terrorists struck at both London and Westminster Bridges as well as Borough Market two years ago.

Louisa added: ‘Bonnie has never done anything like this before but it’s a lesson learnt and we’ll be keeping a close eye on her to avoid something like this happening again.’

She is incredibly grateful to the PDSA for the treatment Bonnie received but wants to raise awareness as the charity is facing crisis.

PDSA’s veterinary care – which is a lifeline to so many owners across the UK – costs £60 million a year to run. But with retail shops closed and fundraising events cancelled, the charity is losing around £3 million a month in income.

You can donate to their fundraising appeal on their website.

Do you have a story to tell about your pet?