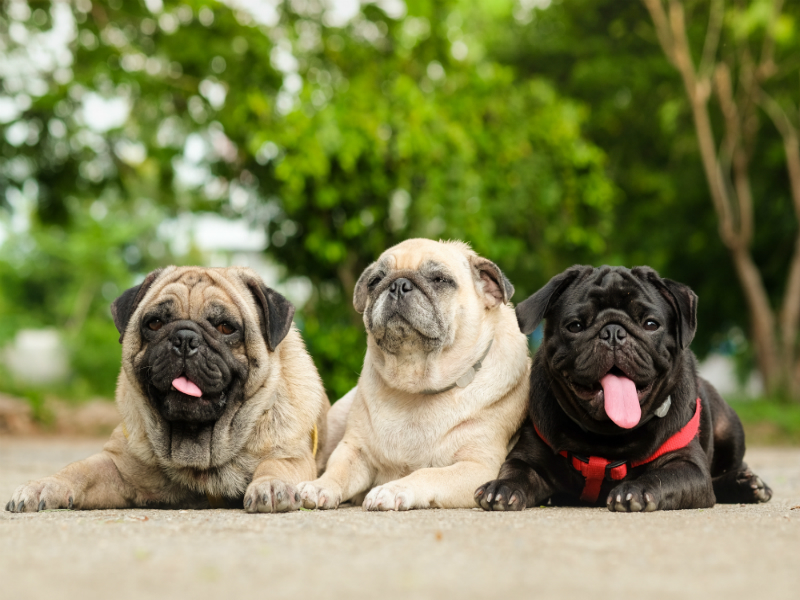 Known originally as the Bichon Teneriffe, this animated powder puff was brought to the European continent from the Canary Islands during the 14th century. There it became the favored pet of the aristocracy until fashions in lapdogs changed. Banished to the streets, the Bichon’s cheerful personality won the hearts of the common people. But it was not until the 1930s that fanciers took the little dog seriously enough to seek its recognition as an official breed.

By 1934, bloodlines had been standardized. A breed standard was drafted, and under its new name, which means curly-coated lapdog, the Bichon Frise was admitted to the register of the French Kennel Club. Since then it has won friends worldwide.

Standing 12 inches or less at the shoulder, the Bichon makes an ideal city companion. The coat, which sheds little, is white with cream and apricot shadings permissible. Dark pigmentation of nose and halos, which surround the large, dark eyes, enhance the breed’s intelligent expression.It’s a perfect choice for those whose doggie attentions lean more to frequent bathing and daily brushing than brisk walks around town. Professional grooming may be required.

The Bichon is not always easy to house-train, so patience is a must. This is a charming breed, however, and an excellent watchdog that bonds with the entire family.

White or white with shaddings of buff, cream or apricot.

Soft and dense with a curly texture. Sheds very little.

Daily brushing and weekly grooming. Professional grooming may be required.