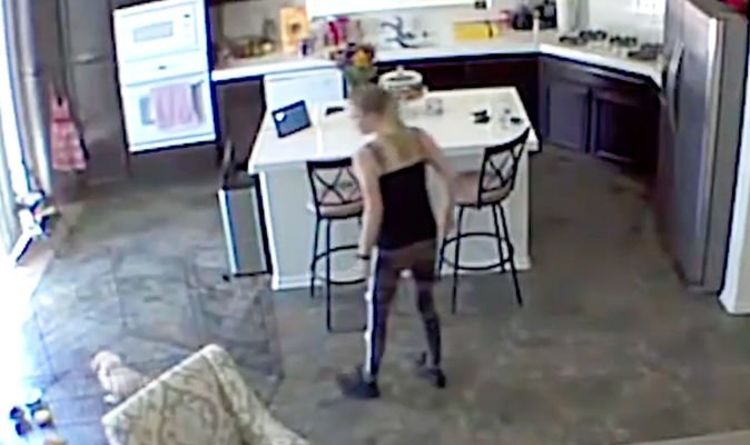 You can now win a rooftop wedding for your dog

If you’re in need of something to make you smile today, we’ve got just the thing.

A bride and groom from Arlington, Washington, decided to bring along their golden Labrador, Eva, to their wedding , but they hadn’t anticipated just how involved she would be on their big day. As Nicole and Seth Funden took to the dance floor for the traditional first dance, the dog ran up to her humans and promptly demanded their attention.

Most people might have told her off, but the couple decided they would rather let her join them.

In an adorable video, the Labrador can be seen walking around her humans on the dance floor, while they sway to their chosen song, From The Ground Up by Dan+Shay. She’s clearly upset at missing out on the fun, so Seth then motions for her to jump up and join them – at which point Eva gets on her hind legs and dances along with the couple for a short while.

To keep her steady, the bride and groom each hold one of her paws.

Earlier, at the ceremony, Eva also took centre stage as she perched next to the couple at the altar.

‘No way was she gonna miss our wedding,’ Nicole told Storyful.

‘She is our fur baby and does everything with us.’

The occasion was only made more special by the dance, which Nicole said was ‘not rehearsed’.

Guests were also in awe of the cute moment, with one of them tearing up.

‘They both spend so much time with Eva,’ Selena Gomes, one of the wedding guests, told the Dodo.

‘They take her everywhere they go.

‘It was the sweetest thing.

‘I had no idea it was going to happen. It brought tears to my eyes.’

Ours too, Selena. Ours too.

The Honey & Bee PhotographyBurky reached out to Haven of the Ozarks Animal Sanctuary in Washburn, Missouri, to see if they would be willing to share some of their adoptable dogs for her wedding on May 11.Sherah Farris, director of the no-kill shelter, had previously shared dogs for another adoption event at a wedding and said she was more than happy to help Burky spotlight dogs seeking a forever home.