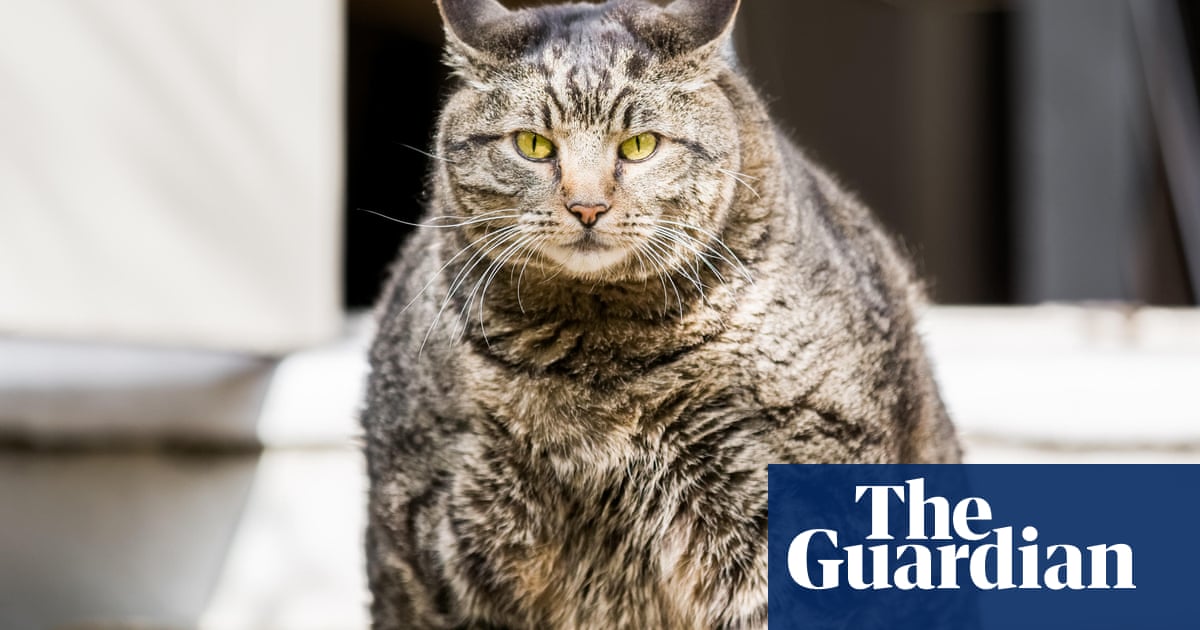 Fat cats: how to get a lazy, obese feline into perfect shape

Congratulations are in order for Luigi, the Beagle who’s been crowned the winning slimming champion PDSA’s Pet Fit Club. Luigi once weighed nearly 5st thanks to a love of roast dinners (same, Luigi. Same.). He took on the Fit Club challenge, changing his diet and upping his exercise to drop to a healthy weight of 3st 3lb. He managed to lose eight inches from his waist over the course of six months, which is very impressive. Luigi’s weight loss journey wasn’t down to any special tricks, just the simple stuff – he spent more time outside for walks and cut his intake of extra food and treats.

His owner Perrie Eedy, 28, said: ‘His love of roast dinners was entirely my fault, I love them myself. As a treat I would give him a bit of carrot or some beef. I thought I was being kind.

‘He loves all food, especially human food and he will want it even more if we’re eating it, especially meat – pork is his favourite. On Sundays, he gets carrots with his biscuits and gravy on top while we have our Sunday roast.

‘Since overhauling Luigi’s diet and exercise regime, the change we’ve seen in him has been unbelievable, he’s a different dog now.

Use a Window Squegee to Clean Up Fur From Carpet. Do you get a ton of dog hair lodged deep into your carpet? Use a window squegee to pick up fur in your carpet & on your furniture. Scrape it along the carpet & just watch as that hair comes up.

‘At first the weight came off slowly, but after a couple of months of being strict and really sticking to it, we noticed a big difference in him and his body shape.’

When his owners got married earlier this year and had to put the dog in a home boarding kennel for a few nights, he broke into the locked utility room and was found ‘head-first in a bag of food’.

He also had a lapse in resolve and stole a birthday cake Perrie had left cooling on the kitchen counter.

But the dog made it through and is now in a far healthier place.

Luigi’s transformation has had the bonus of boosting Perrie’s health, too.

She said: ‘We spend more time outdoors exploring new places with him now, and it’s helped me with my exercise too as I go out on runs and long bike rides with him.

‘He has totally transformed from the dog we used to drag out on walks before, he’s often running well ahead of us now.’

Coming second to Luigi was Missi the Bulldog from Walsall, West Midlands, whose love of ice cream saw her reach 6st 13lb before losing 24% of her weight.

Owner Gemma Pittaway, from Walsall, said at the start of Missi’s challenge: ‘She gets very excited when she hears the ice cream van coming – it’s her favourite. She always gets given a free Mr. Whippy when we get there! ‘Missi is always on the look-out for food and will eat anything, which is difficult when my youngest girl feeds her leftovers. She constantly begs for our leftovers when we’re eating dinner.

‘Her arthritis makes increasing her exercise difficult as even just a five minute walk can affect her joints the next day. And her weight means she finds it hard to breathe and I’m worried about her longer term health. We urgently need to get her weight down and I’m excited to see the transformation over the coming months.’ Wolfgang, the obese beagle, is on his way to losing 65 pounds

The runner-up was Percy the Pug, who lost seven inches from his waist in six months , having previously struggled with breathlessness when out for exercise.

Percy’s owner Chloe Morrison, from Ballieston, said: ‘I’m over the moon with the results so far, and my friends and family can’t believe how much thinner he is now.

‘I used to get comments from people in the street about him being the biggest Pug they’d ever seen, which thankfully I don’t get any more.

‘He can run around much easier now and he has more stamina on walks.

‘Before, he would refuse to go any further on walks, but he’s able to go much longer now.’

Vets at Cardiff PDSA Pet Hospital, who oversaw all the animals’ challenges, called on pet owners concerned about their pet’s weight to work with their vet. PDSA vet nurse Nina Downing said: ‘Pet obesity is a growing issue that affects millions of UK pets. We believe up to 50% of dogs and cats in the UK are overweight or obese, which can lead to serious long-term health problems and a shortened life expectancy.’