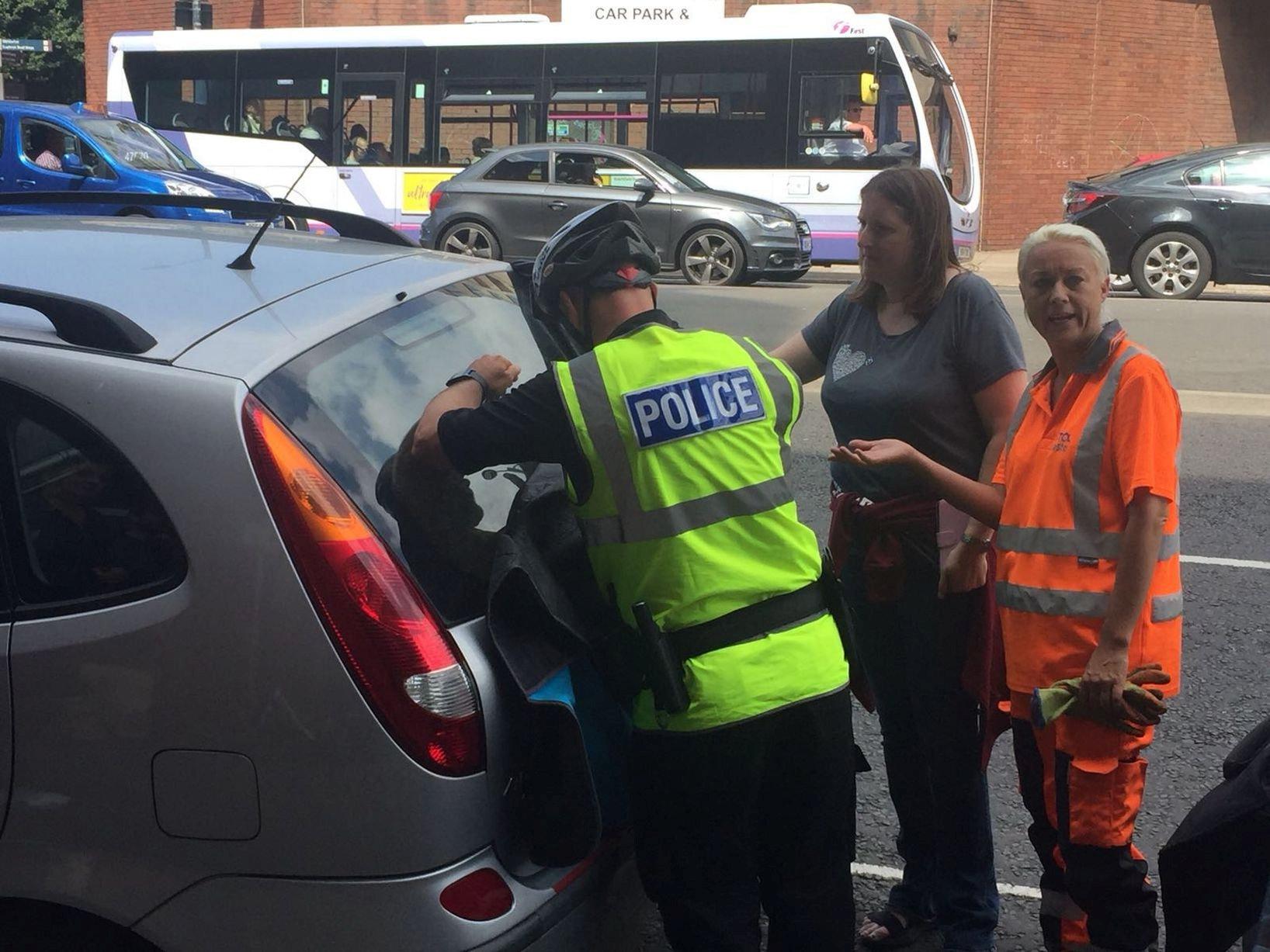 Ginger tom Harry went for a ride after sneaking into the engine compartment of his owner’s car – only to jump out in a traffic jam and get himself stuck in the workings of another vehicle. While his worried owners were looking everywhere for Harry, the RSPCA was called out after another motorist heard a strange noise from their vehicle four miles away and discovered a frightened cat jammed in a wheel arch. As 10 year old Harry recovers from his ordeal, the RSPCA inspector who rescued him and his relieved owners have pieced together the remarkable story of his adventure.

'She could have died!' Cruel pet owner HURLS sick dog out of car - 'Such a CALLOUS act' BRITAIN'S saddest looking dog is the latest victim of the throw-and-run horror being inflicted on pitiful pets.

Harry went missing from his home in Great Harwood, Lancashire, last month, leaving his owner Tracey Wilson and her 17 year old daughter Leona to look forlornly for their rescue pet.

They had taken Harry in four years ago after he was living as a stray near a fast food restaurant, and although he has always been a home bird, the lure of a spot travel almost cost him all his nine lives in one go.

RSPCA Inspector Natalie Taylor believes Harry decided to climb into Tracey’s car as she set off to work – and then jumped ship and dashed for the nearest driveway to clamber into the other vehicle mid-journey for safety.

Inspector Taylor explained today: “The other car had been sat on their drive for a week and the owners said they became concerned when they heard crying from inside.

“When I arrived I found the cat wedged inside the engine. He was trying to push himself out of a very small gap in the wheel arch but was stuck fast."

Home-loving Harry got into the engines of two cars the same day (Image: RSPCA)

Inspector Taylor continued: “I managed to scan him for a microchip and contact his owners who rushed straight down to us to help me free the frightened puss.

“Harry obviously has a taste for car engines having buried himself in two in one day. He was lucky we were able to free him and he wasn’t seriously hurt.

“While he had injured a toe and needed some veterinary treatment, I’m pleased he’s now back home where he belongs and is doing well.”

Harry still has a reminder of his epic adventure – a wonky toe – but appears none of the worse for getting inside the potentially deadly inner workings of a travelling car.

Owner Tracey added: “We got Harry in December 2015. He’d been found living stray in the KFC car park in Accrington and I took him on. He has always been a house cat and very rarely wants to go out.

“Harry was found in Mitton Road, Whalley, which is more than four miles from our home. I drive along this road every day on my way to work. I believe he’d been hiding in my car engine and then fell out while I was sat in traffic on Mitton Road that day.

“I am so grateful to the RSPCA’s for their help rescuing him and to the couple who owned the car.

“Harry is improving every day. The swelling has gone down in both feet and he is managing to climb on to the window sill and chairs in the house like he used to do. It looks like he will always have a wonky toe, though.”